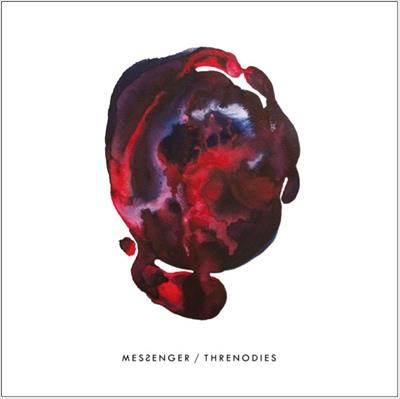 Garry finds his album of the year so far

I’ve been a fan of Messenger since about thirty seconds into hearing the glorious ‘Somniliquist’ for the first time back in 2014….the debut album ‘Illusory Blues’ was an absolute delight and was always going to be a tricky one to follow…..but what on earth was I worried about!!!!
The brand new album ‘Threnodies’ is an absolute belter of an album from start to finish and I had  the opportunity to tell the guys so when I met them for a chat a few weeks ago, the album kicks off with the beautiful haunting tune ‘Calyx’ that draws you into this magical mystical land until midway through when it becomes a completely different beast altogether that gives you a real insight into the band as a live act….if like me you’ve been lucky enough to witness the band on stage you’ll know exactly where I’m coming from with the latter part of this track….if not, you’ll certainly want to see them live next time around.
My exact comment to Khaled, Gomez & Barnaby from the band regarding the second track ‘Oracles Of War’ was…..where did that come from? The best way to describe the track is that the intro is pure ‘War Pigs’ before it crashes into this rock ‘n roller-coaster of a track that had me sitting there wide eyed the first time I heard it….I wasn’t expecting it….but my word I loved it.
The tracks ‘Balearic Blue’ & ‘Celestial Spheres’ were the two tracks from the new album the band wheeled out on the recent UK dates…..and a proper treat they were too, ‘Balearic Blue’ is the perfect follow on track from the first album if you are familiar with the bands previous work, whereas ‘Celestial Spheres’ is a chance for the band to really open up and show what a real tight unit they are musically…..it’s only just beaten by ‘Oracles Of War’ as my favourite track from the album.
The final three tracks from the album ‘Nocturne’ ‘ Pareidolia’ & ‘Crown Of Ashes’ are just majestic in every way…..the vocals, musicianship and arrangements on these….and the previously mentioned tracks on the album just make you want keep the album on repeat over & over again….it’s that good!!!
The band certainly benefit from having a settled line up and it shows on this wonderful album and also in the live arena….fingers crossed the band will be back later in the year with some more dates…..go and buy this album ‘Threnodies’ by Messenger….it’s a fine addition to any collection, and then grab a ticket to see the band live when they next tour…..this could and should be the year of Messenger…..don’t say I didn’t give you enough notice!!!!
Garry Foster
Unchained: Tuesday’s 10pm-Midnight
Prog Rock Files: Thursday’s 10pm-Midnight
101.8WCR FM
www.wcrfm.com
Previous article
Al Don’t Wanna
Next article
Suffering Doomsday