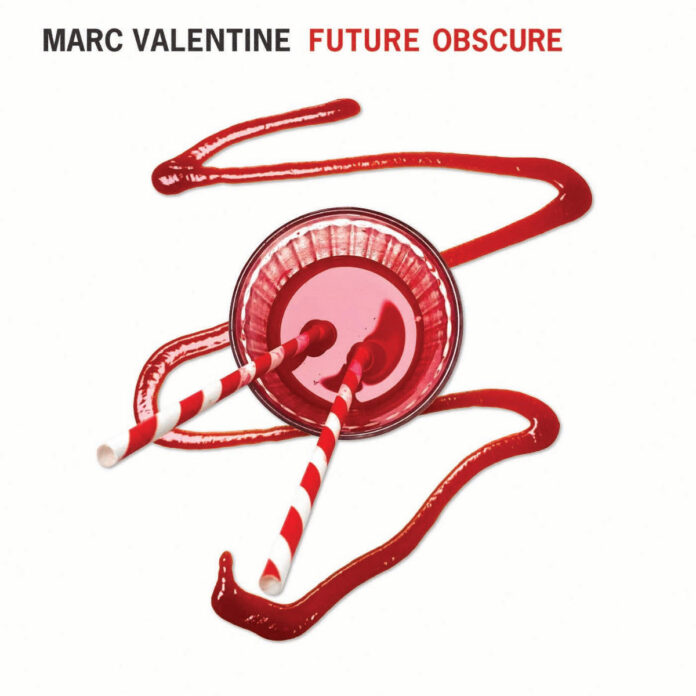 I’ve said it before and I’ll say it again, you can wrap up any lyrics you like in a happy, summery tune and no one will notice. Exhibit A of this is always “Perfect Day”, a song about heroin ending up as Comic Relief’s theme tune.

There’s a bit of this going on with “Future Obscure”. I’ve spent the last week listening to it, and its about a million degrees so it sounds like summer to me anyway, but whatever Marc Valentine touches has a melody to kill for.

It comes naturally to him, surely it must. He writes songs in the should-have-been-massive kings of UK power pop (along with Silver Sun, natch) Last Great Dreamers, for goodness sake. What’s impressive about the 10 on his debut solo record though, is that whilst its abundantly obvious that the fella writing these tunes understands crunch and choruses in equal measure, its not like when Rob Zombie went solo and made a record that sounded exactly like his band.

Nope, rather, this has a US feel to it. Classic, blue collar, as wholesome as a 50s prom. Then, you scratch the surface and it gets really fun.

“Last Train Tonight” gives it away. There’s a hook, a bubblegum riff and then the first line: “desperation was my thing.” Right lets go. All aboard, indeed.

“Swiss Laundrette” is the best thing here. Not least because of the line “then I switched the coin-op on to purify my jeans” but so much more besides. Not only does it do a storytelling thing like “Leader Of The Pack”, it’s got a timeless air – and there’s a guitar line played by Richard Davies that sounds exactly like the one in Stereophonics’ “Dakota”. It’ll strike a chord with any bloke who reckons he saw “the one” for about two minutes….not me, obviously.

Matt Dangerfield of The Boys is on the first single. The chugging brilliance of “Mornington Avenue” and there’s a little pinch of punk here. And speaking of punk, Wreckless Eric turns up on “Linear Slopes” – which is actually a perfect example of what this record does that a LGD record wouldn’t. It’s an odd thing, not what you’d imagine would be here at all, and yet, its so catchy. Maybe that’s the gift?

It feels like these tracks are at least rooted in truth. “Fade Out In Blue” is perhaps more 90s sounding than the others. Can you Imagine Elliot Smith fronting Ash? Maybe that’s just me? Anyway, that’s what I hear, here.

“Break My Heart Anyway” (with its knowing glance to the camera of an opening line “they say that dreamers are the archetypes of love”) is almost perfect, frankly, and Dave Draper, who produces and plays here as he does on most British Rock that is any good these days, must have had fun channelling all these ideas.

There’s a more country flourish to “Arcades”, but scrape away the façade and it’s a tale of an off-season seaside town, after the boys of summer have long gone as it were, and the fact that this looks away from the bright lights is almost perfect for Valentine in general but this record in particular.

In the interviews around this he referenced Springsteen and The Ronettes amongst others. “Broken Satellites” makes good on that. Slightly more bombastic, you can imagine this on “Darkness On The Edge Of Town”, if you close your eyes.

Another American band, Redd Kross would have been proud of “Ghosts Of Amsterdam”, and all it has to chew on, and that’s before Wreckless Eric makes his return for the swirling, all-encompassing late 60s harmony fest of “Death Is Overrated”.  Noel Gallagher has put another wing on his mansion (or half of Colombia up his nose) with way, way less.

As he says himself, though, there’s a glimmer of hope, a dark humour at a play throughout. It is here too, as you are urged to “don’t forget to live before you die.” Which is why for all the US leanings, this is a very British record. One, indeed, that could have only come from the minds from one of the very best on these shores.