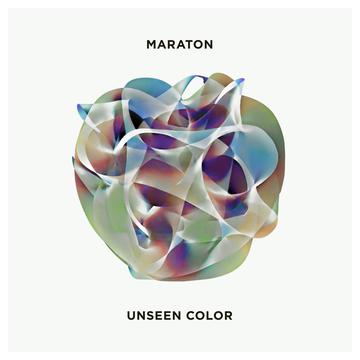 The album opens with `In Syzygy` which begins quietly before developing  a steady beat with vocals that almost express a sense of wonderment. In astronomy, a syzygy is a roughly straight-line configuration of three or more celestial bodies in a gravitational system which is maybe reflected in this otheworldly offering. There`s more of an electronic ambiance to `Contranym` which I read was written in reaction to dangerous rhetoric shared on social media platforms.

`Non-Euclidean Heart` has a fairly funky beat and seems to refer to a difficult romantic relationship. An interesting piece which has an almost tribal drum beat at times and almost stops on route for a brief reflective passage before continuing. We have in `Blind Sight` a track that is a touch more rockier with electronic keys and vocals that sway between uneasiness and a more potent edge at times.

`Perdurant Lives` encompasses a lot of moods and musical styles on route. It`s fairly introspective but also has segments when there is an almost reggae type vibe and is also quite anthemic as well. A delightfully odd blend. After googling `Boltzmann Brain` I wasn`t much the wiser as to what it referred to but the band have said that the lyrics are “a weird mix of nihilism and romantic melodrama” so make of that what you want. It`s a real mismatch musically and quite diverse but utterly captivating.

`Odradek`  is possibly named after a creature from a short story written by Franz Kafka in `The Cares of a Family Man` and has a progressive rock sensibility about it and veers from almost light to shade at times as it progresses.  We undertake a further odyssey with `Imitation Flesh` which becomes charmingly dreamlike or surreal on route.

`A Body of Your Own` appears to almost bloom like a bud opening to reveal something beautiful within. The track is quite mesmeric and incorporates a number of instruments of which the string arrangement really crystallised  or impacted for me. Title track `Unseen Color` closes out this release and it kind of brings it all together and highlights the musical dexterity and ability of this outfit.

`Unseen Color` is a wonderfully confusing but appealing release from a band that take and blend elements from electronica, indie rock, pop and progressive rock into a enthralling cacophony of sound. Their musical style encompasses a number of musical genres and deliver some really emotive and thought provoking soundscapes.

This release will leave you with more questions than answers and it`s the sort of offering that will allow you to discover something different each time you return to listen.