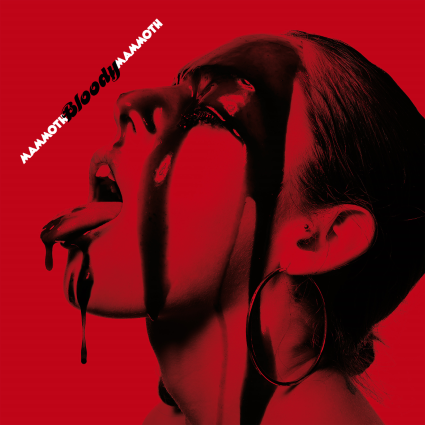 A quick history lesson for younger readers. In the mid to late 1990s you used to buy things called singles. This doesn’t mean streaming on Spotify or downloading on iTunes, it means physically going into the shop and buying something that your favourite bands were releasing. On cd, vinyl and tape, you’d get a single from the album and a couple of bonus tracks – sometimes if you were lucky, three – and there’d be more on each different format.

And before you think it sounds like a cash in, allow MV to point out that some of the best songs from this era were tucked away on singles. The Wildhearts in particular were exponents of this, and there’ll never be the likes of it again.

How do we know this? Well, because the CD single doesn’t exist anymore. Except it kind of does, it’s just now its an EP with a fancy title. Like this, from MV’s pick of the modern reprobates, Mammoth Mammoth.

Last year, the Melbourne monsters released their fourth album, and on it explained that they’d like to microwave the cat while on an acid trip (yes kids, this really is family listening) and now the mighty Mammoth are back, and on tour to boot, which is all the excuse anyone needs for this, the best titled release of the year.

And glory be, if just like the old days, it doesn’t rule.

The four (naturally) tracks here comprise two new works, “Taste Your Blood” and “Drugs” which rollick along in true MM style, which if you aren’t familiar with, is somewhere between Motörhead and Orange Goblin, but with a punk rock sneer and a genuine desire to be anti-social. It also features a remastered version of “Dead Sea” – originally a bonus track on the Japanese edition of record number three. This one is perhaps the most interesting given that it comes on like Monster Magnet at their most trippy.

Perhaps in homage to the halcyon days of the CD single the other song here is a cover, a suitably snotty and potty mouthed take on MC5’s “Kick Out The Jams”. It’s superb, and really could have been written by MM themselves.

If you are lucky enough to have a record shop by you, then go in and reconstruct the old days fully by purchasing this over the counter. Failing that, if you are fortunate enough to live in mainland Europe go and see Mammoth Mammoth live, as that really will be fun.