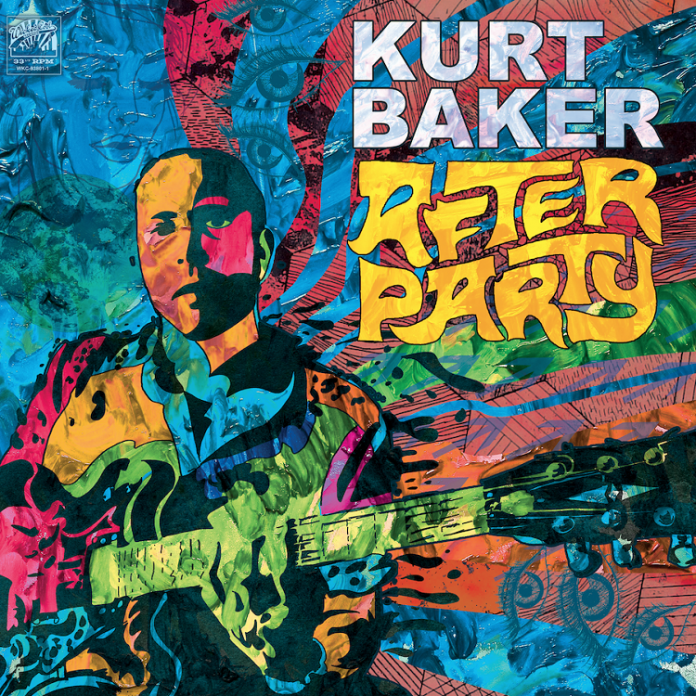 You have to love Steve Van Zandt. This is not negotiable, its just a fact. Springsteen’s mate and lead guitarist, Southside Johnny’s producer and writer of some of his best tunes, Silvio in The Sopranos, a fella that will get into a ruck with anyone on Twitter. The bloke doesn’t get enough credit.

He’s also the owner of Wicked Cool Records. Home to some of the finest rock n roll known to man right now. Ryan Hamilton, Wyldelife? Two of the finest albums of the year on that label. To that you can add “After Party”.

Now, ok, I am about two months late to the festivities, as it were, but goodness me, what a record this is! Like a more punk rock Elvis Costello jamming on Silver Sun tunes, it is as infectious and brilliant as pop music gets. “Pop” is the right word too, given that it means “popular” but more than that, “After Party” is a shining example of all that music can be.

As the press release that came with this puts it, “this reunion now amounts to a Power Pop supergroup.” And the presence of Geoff Palmer and Kris Rodgers underlines this. It also means that the guitar playing is going to be incredible and the piano as good as it gets.

On the opener “New Direction”, which belies the title by merely sounding classic, has a bit in the middle which replicates a conversation in a bar (I like to think it was a gig, as surely these songs belong on a stage with people) where someone says to Baker “well, get on it, do it to it, bub”. His reply “don’t you know we will” is borne out over the next glorious 30 minutes.

The brilliant, “I Like Her A Lot” is like punk rock with innocence. Those of us who grew up with the aforementioned Silver Sun (RIP James) in our hearts will find so much to enjoy here, likewise “Wandering Eyes” is a thrilling chug. And the harmonies, oh man, the harmonies.

The energy that flows through this is even present on the ballads. “Waiting For You” takes its cues from the Everly Brothers in the 1960s it seems to me, like its looking on the bright side even of a heartbreak.

My personal tastes are for the faster ones, but even here there’s the odd moment or two that you weren’t expecting. There’s a taste of The Specials in the opening of “Good” for example, while “Over You” has recycled a big old arena rock riff from Bryan Adams in 1984 (“Reckless” rules, deal with it).

Best of all (and it’s a toss up with “….Lot”) is the wonderful “Used to Think”. If you aren’t joining in with the harmonies here, by the end, then you are hopeless cause, frankly.

The feeling that everyone just had a lovely time making it is all over stuff like the 80s flavours of “Keep Dreaming”. Rodgers’ keyboard work here is so good, while “She Don’t Really Love You, Dude” goes out to everyone who makes the wrong choices with these things (ahem….).

“Song And A Drink” belongs in a smoky jazz club about 2am in the morning, but Gina Brown’s vocals ensure that everything here hits the spot, while “Should Have Been The One” manages to sound both timeless and anthemic all at once and “Outta Sight” is another one from the top draw, and goes out to those who can’t let the past go (ahem, again…..)

Little Steven’s radio show is called The Underground Garage, and that’s basically what “After Party” is. This is music for those that love music, and as much as you wish that everyone here was as big as Beyonce, you are kind of glad that they remain slightly under the radar. Either way, there’s a genius at work here.