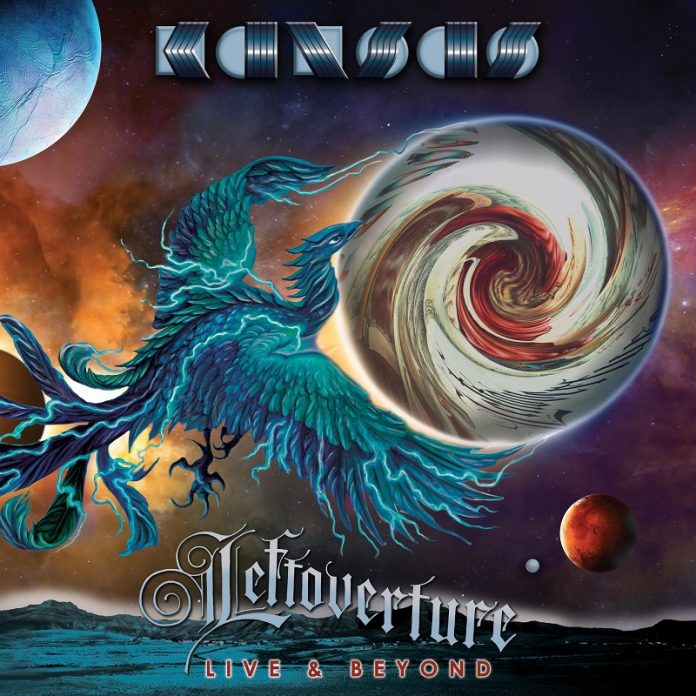 Legendary US rockers revisit one of their most iconic albums and give it the full live treatment, with magical consequences.

It can be a double-edge sword when classic bands revisit the glories of their yesteryears.  Many bands cannot escape from the shadow of their “greatest hits” and no matter what they do they will always be the band that did THAT song.  Others use their “classics” to merely provide some nostalgia amongst more recent works that continue to showcase the qualities of the artists involved.

Fortunately Kansas sit very much in the latter grouping and have more “classic” tracks than they could conceivably fit into a two-hour set.  Granted not all of them will be recognised the world over as “classic” tracks but classic they are as the inclusion of three tracks from 2016’s The Prelude Implicit proves, as they sit side by side with the established favourites like old friends.

Of course, during their storied history, the band are no strangers to the art of the live album and this memento from their critically acclaimed 40th anniversary tour of the stonewall classic Leftoverture also marks their first with new vocalist Ronnie Platt, who joined the band in 2014.

The production is excellent, thanks to Jeff Glixman who was in charge on the original album, and brings a crispness and clarity to the band’s epic sound.

The album is in two parts with the first being a mixture of well-known and the rarely played.  Album opener “Icarus II” is a stunning tour-de-force of the melodic and employs the powerful riffage that the band is famous for.  The latest studio album 2016’s The Prelude Implict is well represented with three tracks including the evocative “Rhythm Of The Spirt”.  The iconic “Dust In The Wind” is given the customary regal treatment as is the rare outing of “Lamplight Symphony”.

Part Two is taken by the Leftoverture album, much to the obvious delight of the thousands in attendance.  Given the revered status that the album is held in it goes without saying that the quality of the music on offer is above the norm.  However, the tracks are played with the gusto and spirit as if the album had only just come out.

From the classic rock majesty of “Carry On My Wayward Son” through the hard rockin’ “What’s On My Mind” to the gloriously delicate and emotive “The Wall” it’s a lesson for all younger bands in how to work a crowd and how to sustain a career.

Wayward Sons they may be but there is so much life still left in this band that it is impossible for them not to Carry On.   If fine wine improves with age then this band must have a cellar full.

Leftoverture: Live & Beyond is out now.