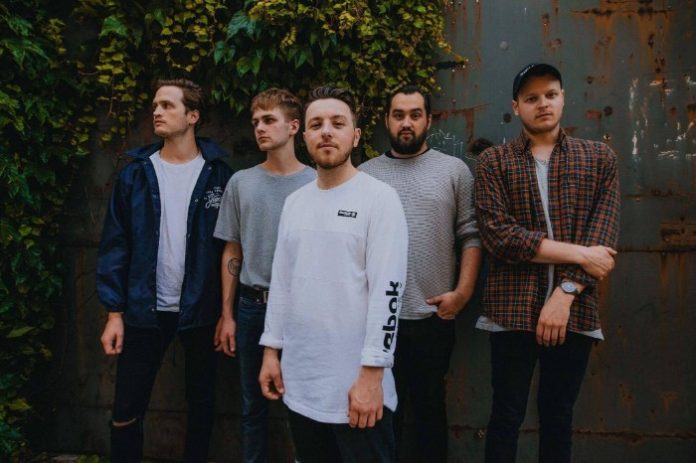 A highly personal song, ‘Moon’ showcases the band at their most vibrant and honest. KidBrothercomment:

“There was something unusual about ‘MOON’ when it was written, the lyrics and music fell out of our hands and formed a little too easily. It was in a period where everything I was writing was just nonsensical garbage, to the point that I wondered why I was even bothering at all.

That was until I was sent the work of a very dear friend of mine that I hadn’t spoken to in a long while, her work was so fluid and dynamic, so desperately honest it made my whole-body ache, like someone you love handing you a daisy chain made of stinging nettles that they spent hours tying together.

So I wrote about her: how I wished that I could write with that same candour and integrity, about our relationship in school, how I should’ve been a better friend, how I shouldn’t have thought it as a ‘toxic environment’ and blamed other people, like they were the reason we grew apart, how she was always extending a hand and how I just left it hanging there.”

A band who’ve played alongside Trade Wind and No Trigger in 2017, KidBrother are already looking forward to 2018. Stay tuned for further news for this special band, led by the unique dual vocals of Jamie and the high-pitched cleans of Ffin (also on bass). Sitting somewhere between Citizen, Pinegrove, Balance & Composure and more besides, KidBrother will be supported on their single launch show by labelmates Sick Joy, as well as Eva Plays Dead and Projector.

Watch the band at their single launch show:
07th November, The Monarch, London