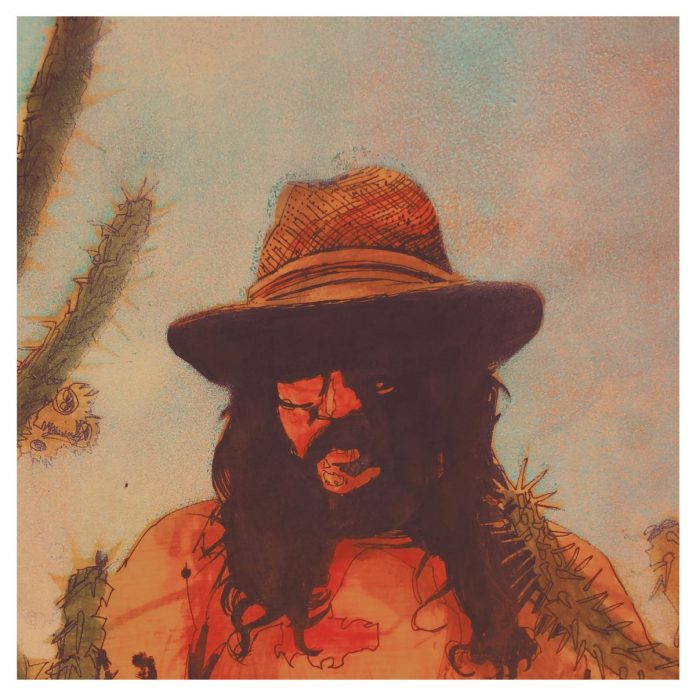 Jessie Aycock is a multi-instrumentalist and a musician who is much in demand and has travelled the world as a member of Hard Working Americans who also included a hero of mine Neal Casal, who I had the pleasure of meeting many times and was devastated by his passing in 2019. The name Jesse Aycock seemed familiar to me and had me stumped until I realised that he`d been part of a group of musicians on an album called `Back To Paradise: A Tulsa Tribute to Okie Music` where he had shared three tracks. Jessie has released three previous solo albums with Life’s Ladder (2005), Inside Out of Previous Blue (2010) and Flowers & Wounds (2012) and has a new self-titled release out this month. On the new release some of the tracks were recorded at Paradise Studios in Tia Juana, Oklahoma and the singer was joined by fellow musicians Aaron Boehler (bass), John Fullbright (keys), Jason Crosby (keys, strings), Paddy Ryan (drums), Lauren Barth, Allison Moorer and Jason Weinheimer all on backing vocals. Jesse sang and played guitar, lap steel, pedal steel, keys and Mellotron.

The album opens with `Shed The Light` a wonderfully upbeat country come roots rock number which has some intricate guitar chords and delightful swirling mellotron. We have a more laid back dreamy number with `I`m A Wreck` with a rolling drumbeat and quite haunting guitar chords at times.

`In Light` was a lot more melancholic with quietly shared vocals over a harmonising mellotron, a quite reflective nigh on introspective song. I thought `Passing Days` had a real John Lennon vibe about it. It had that ballad like mournful Lennon feel with piano and strings leading us along with a dazzling guitar solo three quarters of the way through.

`High Hopes` has much more urgency about it and put me in mind of some of the great tracks that Tom Petty gifted us. We have a quite sombre composition in `Sadder Than A Sunset` a country tinged almost gospel like piece. There are some delightful steel guitar, piano, mellotron and vocal harmonies as the song proceeds.

`Past Life` seems to be lyrically quite reflective as we enjoy a more uplifting rock excursion. We have a sort of country song with `Roll South` which seemed to stroll along with what may have been a mellotron and steel guitar. It drew images of being on some cowboy trail out in the wilderness.

`Second Chances Better Luck` is a slow burn melancholic offering with wistful vocals over a haunting steel guitar and shuffled drum and a more vigorous guitar riff towards the end. Again `Broken Rhymes` is another plaintive submission with some sweet harmonies, evocative steel guitar and a softly shared drum rhythm leading us along.

`Snow Angels` is another serenely conveyed reflective composition with charming harmonies and some endearing mellotron inflections. We have a really captivating track with `Under The Gun` which again had some delightful mellotron swathes, a steady drum beat and some intermittent classy guitar chords and a guitar riff towards the end that was heading towards being psychedelic.

The album closes out with `Woodland Park` a laid back number that meanders with twinkling piano, steel guitar, a shuffling drumbeat and vocals that fluctuate throughout the piece.

There was much to enjoy about this release which was at times quite reflective and introspective which is understandable as the singer has had a difficult year as he`s said, filled with “loss and heartbreak.” If you enjoy a mix of alternative country, folk, roots rock and power pop, i`m sure you`ll enjoy Jesse Aycock.