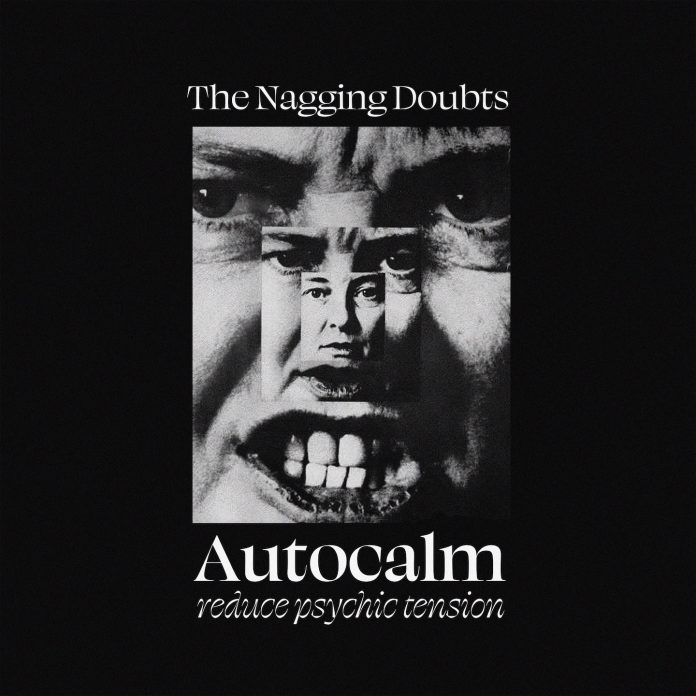 The Nagging Doubts are a post punk / shoegaze quintet from Sydney, Australia who formed as a few high school friends recording bedroom demos in the Tempe / Marrickvile area in early 2019. The band comprise of Joe Wilks (vocals). Eden Neilson (lead guitar), Gabe Jessop-Smith (rhythm guitar), Ruby King (vocals and bass) and Tom O’Rourke (drums and percussion). They have a seven track extended play out this month called `Autocalm` which seems to explore themes associated with the turmoil of entering adulthood.

This extended play opens with `Through A Glass Darkly Part l` which begins with a kind of dreamy pop texture with jangly guitars and driving drums then drifts into a sort of post punk art rock sound reminiscent of The Blue Aeroplanes at their best.

A captivating number made all the more so with the complementary and harmonising female vocals of I presume, Ruby King. There`s a similar feel to `A Shot In The Dark` which has some intricate guitar chords, singers Joe and Ruby`s intertwining vocals and drums that are the heartbeat of the song. We also enjoy a delightful guitar solo towards the end of the piece.

`Berlin` with its haunting guitar riffs reminded me of listening to bands like The Cure, Department S, B Movie and Joy Division when they first started out with that slight air of darkness or danger mixed with a youthful innocence. A distant sounding saxophone and discordant guitars lead us into `Through A Glass Darkly Part ll` a track that seems to be quite introspective and reflective. It becomes quite hypnotic before taking a burst of life towards the end.

`Marine` has some marvellous guitar inflections and harmonised vocals that build as the number progresses relating to leaving High School and having to contend with life outside of the restrictions both mentally and physically of that environment.

Ruby takes on the role of the lead vocal on `When The Weather Changes` which forgive the pun seemed quite tempestuous and changeable. A track that seemed to ebb and flow as it evolved with some quite angry outbursts and periods of calm. A yin yang sort of submission.

This extended play closes out with `The Storm` which seemed to be an almost continuance of the previous offering but in the form of a dreamy instrumental initially before a beating drum, brass instrumentation, grinding guitars and murmured vocals race along to replicate the structure of a storm as the track concludes in a blistering cacophony of noise.

`Autocalm` is an interesting collection of tracks that showcases the development of a band that seem to be on the cusp of something special. There`s still a rawness and uncertainty about them but they appear to have the potential to be huge.

Maybe this extended play is the `Autocalm` before the storm.