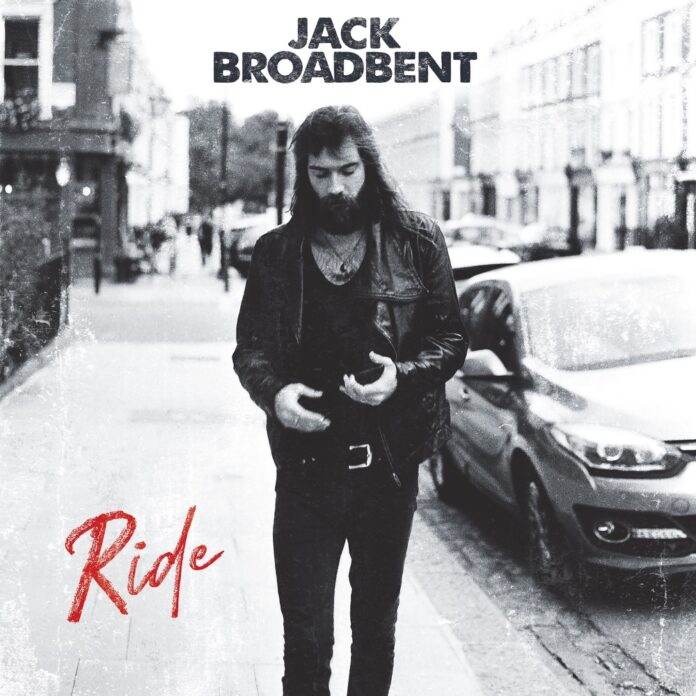 There are occasions since I started reviewing records when you simply know that something is going to be fantastic even before you’ve heard a note that the artist plays. “Ride” was one of them.

It is Jack Broadbent’s fifth record – and because I am not a Conservative member of Parliament and believe in transparency, I will say that I haven’t heard the other four – and in the accompanying interviews he did surrounding the release, he said this: “I think there’s a lot of variety on my records and this is no different. I’m really getting a sense now that this idea of genre and where you fit in is not as important as it used to be, which I think is a good thing.”

It is, it really is. And it’s exactly the reason Maximum Volume Music is called what it is. It gives a freedom. In my case, to review a rap record on Saturday, a hardcore punk record on Monday, a blues one on Tuesday and whatever I want any other day.

In Broadbent’s situation, such a cavalier attitude leads him to “Ride”. The rock n roll record, he says, that he’s always wanted to make.

I wouldn’t presume to disagree, and there’s nothing wrong with “rock n roll records”, but “Ride” is so much more. Across its 34 minutes it does more than many bands in a career, and along the way showcases a quite incredible guitar playing talent.

The title track acts as a kind of signpost into this world. The sort of vibe that Wille And That Bandits usually can call their own, there’s a bit where it slows down before the last chorus that is just wonderful, and in common with many of them it is the sort of catchy thing that gets stuck in your head for days.

It is, though, “I Love Your Rock N Roll” that convinces that you’re dealing with a sensation here. I don’t chuck about CCR comparisons willy-nilly, but this so timeless that it could be straight from the Fogarty playbook.

“New Orleans” underlines that this is basically underpinned by the blues, but his breathless delivery on “Hard Livin’” so forlorn it seems to be begging for forgiveness, takes the record into some dark corners, where what lurks is an unpleasant memory, you guess. “Midnight Radio” (which Broadbent says is for the night owls) lifts the mood a little, by adding some late night jazz vibes, but this is the type of record that envelops you into its trap rather than doing anything visceral.

It is gloriously understated, not to mention so warm and organic in feel. Made all the more remarkable by the fact that the bass that his dad, Mick, provides – as on the brilliantly soulful “Baby Blue” – was added in England while Jack and drummer Mark Gibson were in Canada in the pandemic.

There’s such a skill in the guitar too, whatever it does, such as on “Grace”, where the earthy sounds have a trace of MV faves The Bonnevilles, or the more fragile sounding “Where Are You”, which whispers almost like Damien Rice of old, before changing gear, is to compliment the song rather than to take over.

“Ride” is one of those records that seems to emerge with a sound so timeless you can’t decide if it was made this year or was found in some dusty loft and given to the world as a gift. What we can say for sure, though, is it could have come out at any point in the last 50 years and still sounded like it belonged. It is impossible not to love.