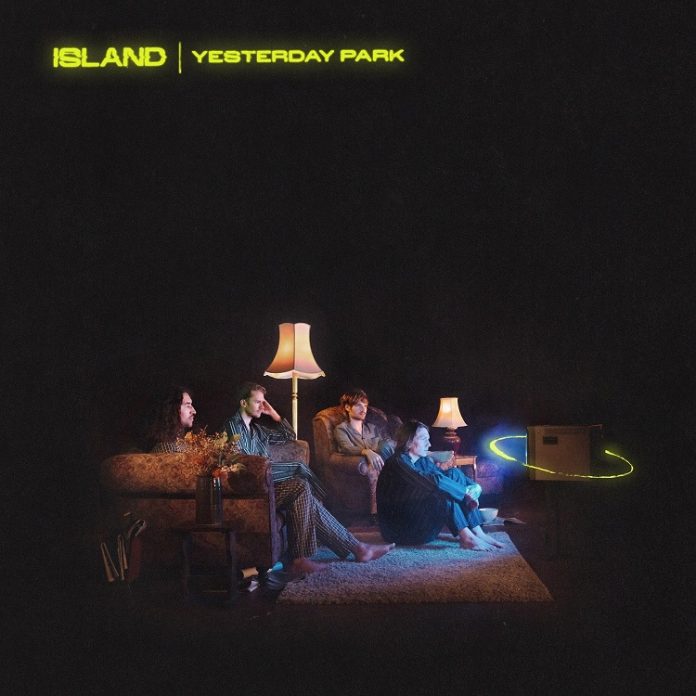 They have a new album out this month with `Yesterday Park` which covers a number of themes, but at its core it is rooted in the band members formative memories.

The album opens with `Octopus` and some delightfully intricate guitar chords and quite hypnotic repetitive drumming that allows a base for this introspective tale on growing up. There`s a more lethargic laid back feel about `Everyone’s The Same` what now gets referred to as slacker-rock. The band have shared that song’s about “getting across the frustration and stress of the present in contrast to the way that nostalgia creates a beautifully rose-tinted past”.

To me `Do You Remember The Times` was an enchanting wistful dreamy summer groove-heavy offering. It expresses how memories of being young and carefree become more and more distant as we grow, but also more rose-tinted. There`s another thoughtful and reflective track with `Young Days` which seems to be concerned with where this world is heading and maybe encouraging us to assume some responsibility for our own actions.

`We Used to Talk` is about an old friend and the feeling of drifting apart from them. A further reflective number where you can almost feel the inevitability of the situation in the vocal delivery. We have a fleeting instrumental with title track `Yesterday Park`
`By Your Side` has a nice blend of guitar chords, bass, and drums, what I’d refer to as a band song, a quite anthemic piece. The subject matter is a positive view on relationships and friendships. The band have shared that `The Lines We Follow` concerns the varying pathways in life, about how your past relates to your future and thinking about where you might end up. It`s very upbeat and bubbly musically.

`When I Gave You My Heart` is a very emotive song that singer Rollo wrote about his mum and some early childhood memories. A number that won`t fail to pull at your heartstrings. The band have stated that `This Part Of Town` describes a world of freedom and adventure which has changed due to the recent pandemic. A track that at times is quite acoustic but also has a waltz like texture and enjoys some interesting lap steel guitar provided by Henri Vaxby

`My Brother` is a slow jam that builds as it progresses. the band have said that “it`s about wanting the best for someone that’s close who needs help, someone that needs to get out and see the world for what it can be, and escape from being stuck doing the same old things in life”. It has that anthemic feel and I imagine it`ll be the number that will light up a venue in a live situation. The album closes out with `The Way We Love` a personal story, about the end of a hard relationship. A really atmospheric number which allows the expressive vocals to really shine.

`Yesterday Park` is a mature, introspective, and contemplative composition from such a young band, considering their debut `Feels like Air` was only released in 2018, this seems such a progression lyrically and musically. There was plenty of variety offered on this guitar oriented submission and these guys seem like they are on the cusp of something big. Here`s hoping.