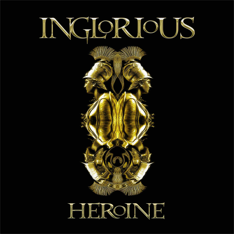 She was ace. She hated Rolf Harris (this was long before his fall from grace, so Lord knows what she’d have made of it now!) she loved Ally McCoist, she used to set her alarm to get up at 11.30pm on a Saturday night to watch his short lived chat show on BBC1 and she really loved Tina Turner.

“I love it when she’s out there singing, she tells them what’s what when she’s doing “Simply The Best” said the senior Thorley, in a way that suggested that she wasn’t to be trifled with.

I thought of Nan when “Heroine” came. 11 songs sung by women and sung here by Nathan James. He said of the album: “First things first, we know it is impossible to make these songs better, the originals are perfect and the performances legendary, so acknowledging that we weren’t even gonna come close to the magic of the originals took the pressure off and we could just enjoy making this super fun album”.

To be fair, he’s right and she’d have agreed, too when the boys are thundering through “Nutbush City Limits”. Ok, on one hand, you can’t improve on the rocking stomp, but that doesn’t mean you shouldn’t have a crack at doing it anyway. There’s a horn section too, the whole nine yards. So much so that it actually sounds like something off the early work of the Little Angels.

That’s the high point, by sheer virtue of the fact its superb, but the rest are damn fine too.

And they are mighty because everyone here understands the sheer ludicrousness of doing Whitney Houston’s “Queen Of The Night” as if it was a pomp rocker, or even attempting to have a go at “Barracuda” (and to be honest I’d still back Ann and Nancy if it came to a fight over it!).

There’s a few here I haven’t got a clue about the originals (my late mother loved The Bodyguard that’s my excuse for the Whitney knowledge, and I am sticking to it). “Midnight Sky” is apparently by Miley Cyrus, which is lovely. It sounds like a modern pop rocker here, I can tell you that.

I have, it must be said, a bit of a blind spot to Evanescence. That song is here and is gun for its sheer epic intent and the fact they get Jeff Scott Soto (one of the finest voices in the world) to do a bit of growling in the chorus. Like buying Lionel Messi at PSG and having him warm the pies.

“Fighter” is proof that Christina Aguilera had more songs that “Genie In A Bottle” (who knew?) but this version rubs me the right way, baby (see what I did there?) by sounding like Destiny’s Child playing Janet Jackson’s “Black Dog” with any 80s rock band.

Avril Lavigne had a couple of bangers, that’s fair enough, but turning “I’m With You” into a Goo Goo Dolls song is a pretty good idea. “I Hate Myself for Loving You” already achieved perfection just by being a Joan Jett song, but this is superb (and one of the most faithful to the originals). “I Am The Fire” sounds different being sung by a man, but Lzzy and the lads are the kings and queen of modern US rock after all.

“Time After Time” is actually a pretty difficult song to do anything new with, seeing as Cyndi Lauper nailed the thing, and once you’ve got over the fact that Nathan James has just sung “like any hot blooded woman” with a straight face, then you can’t argue with his take on “Uninvited” by Alanis Morrisette – although whether he’d go down on you in a theatre is unknown.

Look, this is a good laugh and a very good covers album, by a band that always seems to me to be a little underrated. It takes bottle to cover these songs (I was going to write “balls” but that seemed a bit on the nose) and to do it so well.

That doesn’t alter the fact that any time I see the phrase “female fronted” as a genre I get a little bit angry, mind you. The same idiots never write “male fronted”. That’s another rant for another day. Listen to “Heroine” it’d make you – and my nan – smile.