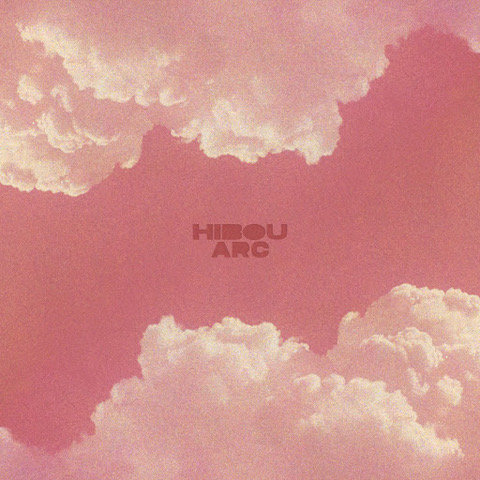 Hibou is the alias of Peter Michel (ex-Craft Spells) a songwriter and multi-instrumentalist, born in Seattle and now based in Paris, who publishes his first new music since the release of his album ‘Halve’ four years ago. `Arc` contains five songs written in France over the summer of 2022 and is a blend of lo-fi, shoegaze and dream-pop. On this release the singer performs vocals, guitar, and bass on each track, with drums courtesy of Jase Ihler. The name ‘Arc’ is taken from “an electric arc between things, or arc lightning”,

This extended play opens with `Night Fell` which seems to be a fairly reflective reminiscence on a romance that the narrator seems to have moved on from but still harks back with maybe a little regret as to how it concluded. We have a kind of mix of the Cure blended with the harmonies of Prefab Sprout, a fairly fast paced and melodic introduction. The pace eases up on `June` which is a much more dreamy offering with shimmering guitars, a guiding bass line and drums that give it a real heartbeat. The song is delightfully mesmeric and I found myself drifting off into thoughts of my own on its aural journey.

`Upon The Clouds You Weep` is another guitar driven number that kind of glistens as we travel along. It seems to stop and start at times throughout as if it`s maybe evaluating or reassessing it`s direction. We enjoy some fairly complex guitar chords that open out and return throughout  `Devilry` which is another track that becomes fairly illusory or otherworldly with a kind of  clanging sound shared occasionally as the song progresses with quite tenderly shared vocals.

We close out with `Already Forgotten` which has a slightly harder edge and put me in mind of `A Forest` by The Cure but with a much quicker tempo.

`Arc` was an interesting listen and it was hard to imagine that Hibou is in essence a one-person operation. Although predominantly solo there`s a captivating full sound that usually comes from a band setting. The tracks are fairly introspective and contemplative but have a quite enthralling indie dream pop vibe.

This release runs to around twenty minutes so it`s a small amount of time to set aside for a sizeable reward.