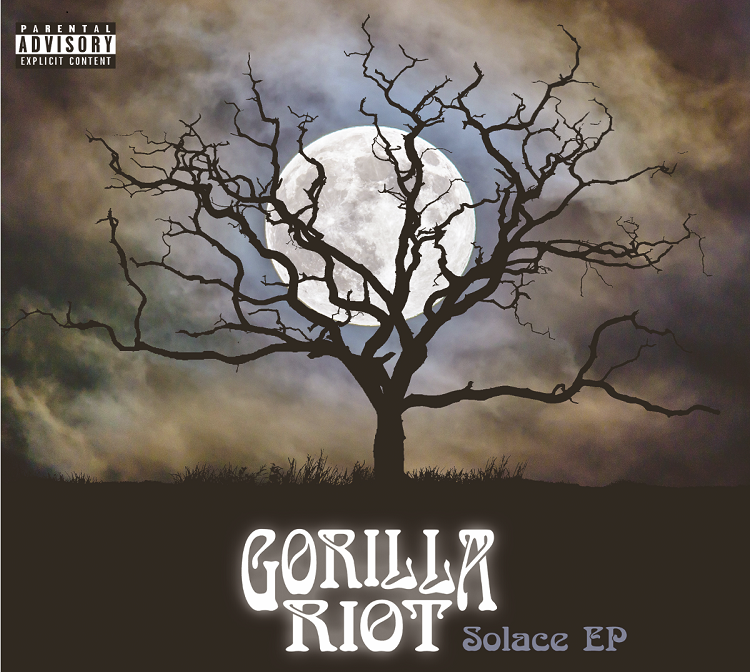 Instinctively, you (and when I say “you” I mean “me”) read the words “acoustic EP” and think two things.

First: Bon Jovi’s utterly execrable “This Left Feels Right” (@ me all you like on Twitter, its true)

Such cynicism, of course, is both justified in many cases and simultaneously disproved by a few proper ace ones. “Jar Of Flies/Sap” are two marvellous things from the genius of AIC, and to that, in fairness you can add “Solace.”

Gorilla Riot have always been a little bit different to the good-time rockers that they get lumped with, and this four tracker underlines that.

It was never meant to be a band thing: “Solace began as a solo project for me,” explains Arjun Bhishma (the band leader and the incredible voice of GR) “as they are four very personal songs that I didn’t think would fit with the band. I initially wanted to be the only one on these songs and just take on the difficult headspace that they represent for me.”

Its difficult to know which came first, but along the way either he decided they needed a band touch, or they decided that they needed four songs this good, frankly.

“Drowned” is an absolute cracker, a wonderful song, and if you don’t hear the ghost of Layne Staley here you aren’t trying. “One man’s light is another man’s midnight” he sings and it sounds raw, and it sounds mighty.

“Sometimes Birds Never Fly” would – if it were from an Americana artist – guarantee a wet dream from the readers of Uncut. Whether the fact its from a Manchester rock band will preclude that from happening, we can only guess.

Recorded in Bhishma’s house on “shitty equipment” a feature of the EP is the harmony vocals. The work of his friends SJ and Luci should not go underestimated here, and they deserve special mention on the swampy blues of “Talk Back”, while the superb “Late That Year” is a vehicle for the mighty voice of the lead singer. And – it sounds anyway – a chance for him to exorcise his demons.

He also says that “this album will never be played live”.  Which is a shame, seeing as it’s up there with the best things they’ve ever done, but also understandable, and given how personal much of this sounds, not for us to question.

For now, find some “Solace” in the fact this exists.