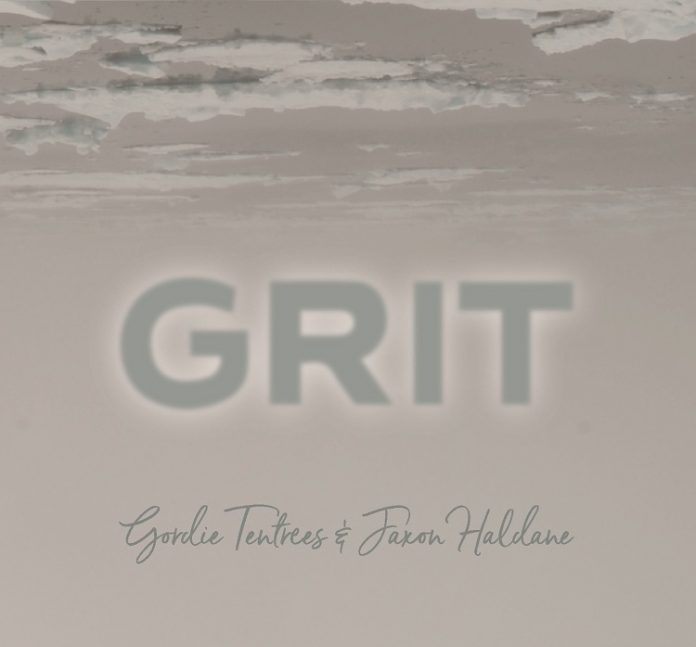 Quite apart from the fact that Gordie Tentrees may have the best name in the world – never mind music – if I’d have been in two minds whether to review this record or not, then a couple of things about it would be enough to convince anyone that there is something approaching genius at work here.

First of all there’s a song here called “Craft Beards And Man Buns” which takes the millennial generation to pieces in about three and a half minutes. The lad I sit by at work – about 15 years younger than me – has a man bun and the desire to scream its lyrics in his face: “you’ll regret, when you look back, like a tattoo on a roll of fat” being my favourite, has been strong.

Then there’s the general rag bag, mongrel nature of the record itself. “Grit” (it is said to be named that way as you need it to overcome adversity….) is a collection made up of a couple of Halldane and Tentrees originals, some covers and some from other albums that Tentrees has made.

Even better, those songs don’t fit in with convention either – and such things are worth massive bonus points around here.

In four years, the pair have played 600 odd concerts in 11 countries, and these 12 vignettes are culled from that and – as befits a pair that play 10 instruments during the course of them – you would have no chance making comparisons. Mostly because Tentrees has a distinctive voice that bears no resemblance to anyone else, and the angles they find on their lyrics, throw fresh perspectives on things (I admit on first hearing of “…Buns” I assumed them to be a joke act – actually nothing is further from the truth).

“Grit” starts with “Armand” – the first song they wrote together – dedicated to a Dutch protest singer (“the Dutch Dylan is dead”), it is a jaunty musing on many things but this one shone through: “I never felt quite at home in the town I was born in….” and in so doing it immediately casts them as outsiders.

The other co-write here “Junior” is jarring. Starting as a wonderful piece of storytelling in the vein of Woody Guthrie, at the end of one of the verses it says: “buried a son, the earth fell flat, when you lose a child nothing hurts like that…..” and you just aren’t expecting it. Only the best can do this.

“29 Loads Of Freight” is a classic, harmonica drenched folk song, inspired by Fred Eaglesmith (who co-wrote “Craft Beards….”) while a clutch of the others were from Tentrees’ earlier solo work. “Bottleneck To Wire” is stripped back and glorious, “Sideman Blues” is olde time blues straight from the front porch, and is, you imagine, more personal than most, given that dues have to be paid (“I began to pray, come on you dirty hippy, introduce me another way!”)

Haldane, a respected musician and producer, offers his wonderful take on “Willy’s Diamond Joe” originally by Willie P Bennett, and there is a Tentrees original, “Lost”, inspired by his recent marriage. In what we might call “typical style” though, it isn’t done from the usual standpoint. “she loves my kids like her own, I love her mother on the telephone” he suggests – you hope with tongue in cheek.

Elsewhere, there is a cover of Tommy Womack & Will Kimbrough’s “I Don’t Have A Gun”, which is turned into the dirtiest, most nihilistic blues you can imagine, whilst it ends with “Wasted Moments”. A song that is about the near-death experiences on the road – and it is on the road that these songs belong.

In the great tradition of folk songs, and storytelling that goes back to Steinbeck and The Grapes Of Wrath, this is an absolutely classic – in all senses of the word – record. Indeed, one of the few of these tracks I haven’t mentioned is “No Integrity Man”, and never has a duo been so far the polar opposite of that in the manner of Gordie Tentrees and Jaxon Haldane. They live, eat and breathe their craft and “Grit” is the glorious result.

Previous article
BAND OF THE DAY: 22
Next article
RYAN SHOWS HIS BOTTOM