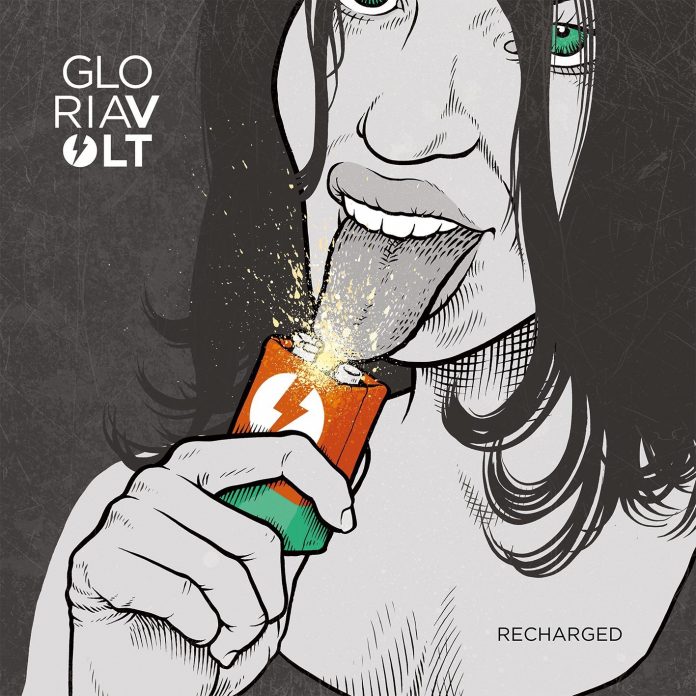 Swiss rock n roll that gets the job done

A few months ago on these pages we reviewed a record by a filthy Swiss band called The Bitch Queens. Part music, part a trip to the STI clinic, it was a surprise.

The record label that put that out – Lux Noise – are the people behind this eight tracker from Gloria Volt. And if Bitch Queens are the musical equivalent of a knee trembler around the back of the club with a girl who’s name you don’t know, then GV are more the type of rock n roll you could take home to your mum with no problems at all.

The songs here wear their influences proudly on their denim jackets. There’s a lot of AC/DC, some Van Halen, the downright ebullience of Krokus, while The Cult’s ability to write a swaggering hook is never far behind.

“Recharged” begins with “I Need A Kick” and you can almost imagine the band charging out onstage and playing it. It’s a pretty simple but effective affair – and we’ll bet you can’t guess where the boot needs applying – and simple but effective probably sums up the rest of the fare on offer here.

“Flyin’ And Rollin'” is a kind of song that Sweden’s Bonafide have made a career of, a hymn to the pleasures of rock n roll itself, “Screaming For Hollywood” is not unlike a Ratt song from back in the day, and that should give you a clue as to the type of album this is.

At its best, as on the hedonistic boogie of “Gonna Roll” bursts at the seams with good stuff, and the Acca Dacca stomp of “Down By The Highway,” the contents live up to the promise of the cover, which sees a cartoon drawing of a woman licking a battery and the closing “This Way In” is bags of fun.

You feel that throughout that the second record from this five piece – who feature the wonderfully named Lord Latex – have, with “Recharged” made the second album they wanted to. It’s not the type of opus that is ever going to change your life, but it might might make it a little bit more fun for a while.