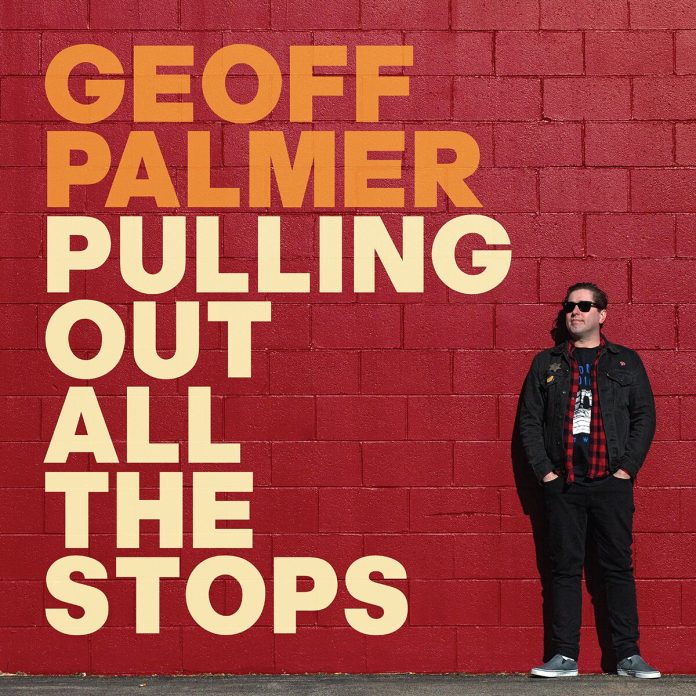 Oh, Geoff Palmer, you glorious, helpful man. No searching for an intro when you’re around. No thinking “Christ, I’ve used this one before” or anything of the sort.

No, Boston’s finest has sorted us reviewers out. Your first song, boys and girls? How do you fancy, “This One’s Gonna Be Hot?” And a song that namechecks GG Allin, Billy Bragg and right Said Fred. The rest writes itself.

Or it does in this case, because the boy Palmer, he’s not wrong. Well, he sort of is, because this one – that is to say “Pulling Out All The Stops” in general – isn’t hot at all.

The damn thing is scorching.

But personally, I owe Geoff a debt of thanks. Why? Well, because he’s one of a tiny few people in this world that ever got me to admit I was wrong. I hate climbing down off a high horse. Hate it. I also like to make knee-jerk reactions. So, if I decide that a new signing that the football (soccer to you people in the US, not that daft sport you play….) team makes is crap (often within 10 minutes of their debut) I’ll never change my mind. No matter how many times my brother says: “give them a chance,” nope.

The musical equivalent of this was covers albums. They’re always shit, right? Well no. Not when the Connection do one. “Just for Fun” it was called, and not only did it change my mind on covers records, it started me off on a path that saw me review a whole load of punk and power pop stuff that I never knew I liked before.

I know I am meant to say it was all to do with Cheap Trick and that to seem cool and like a hipster, but it wasn’t. It was The Connection. The band which Palmer was co-singer, co-songwriter and co-leader of.

This 14 tracker (out jointly on www.stardumbrecords.com / rumbarrecords.bandcamp.com)  is cut from the same cloth, but with a hint or two of the punk rock that saw Palmer cut his teeth.

“Cha-Ching” screeches its way through a history lesson of a massive heist. Unrepentant, you bet. To wit the pay off line: “Girl, I am off to the bank for some easy money…..” and if you think that two minute songs don’t get cooler then I’ll give you “I Like Murder Too” which has a sweet, innocence, despite the title.

GP has a way of writing that is phenomenal. “Giving In” is a love song. Fair enough, there’s been billions of them. Not one has ever included the line: “you’re 1989, and I am East Berlin” as the proof. Step right in, my friends.

“Got The Skinny” is full of beans as anything has ever been, and those who loved the recent Pkewx3 record need to enquire within – and if they love some real 50s rock n roll harmonies too that’d be lovely.

“We Can’t Do It” do-wops its way through all kinds of fun, “Everything Is Cool” sounds like The Beach Boys really wanted to but never dared, “Velcro Shoes” is a song about boredom with more energy than I’ve ever had. “Walk Through” chugs about like it still wants to sniff glue, “Paper Heart” on the other hand has the flavour, just a hint of “The Leader Of The Pack” (you’ll, urmmm, fall for it anyway…..).

Geoff Palmer has received the accolade of the “coolest song in the world” from Little Steven’s radio show a number of times and SVZ’s latest protégé Ryan Hamilton makes songs like “Donut” too, and “Speed” well its two minutes of metaphor (probably…..)

The last track on the regular album begins with a piano lick and sounds like Elton John’s classics in the 1970s, the two bonus songs keep up the quality, the pick is the put down of the punk kid, “Punker Than Me” includes the fantastic thought that “only Crass is punk enough,” which is a scary idea.

In truth the whole of “Pulling Out All The Stops” is incredible, but the best thing here is halfway through, and if you can’t love a song called “All The Hits” and features the idea that “when I see an acoustic guitar, I am kinda pissed that I came this far….” Then you need to look elsewhere, because Geoff don’t need you.

In the bridge to that one he sings this: “if you must play a new cut, I’ll be at the bar screaming ‘you suck’”. Just to clarify, Geoff, if you ever come over here, you can play as many of these as you like.

This rules. It rules more than any 38 minutes ever had a right to. Have I made that clear enough, yet?

Previous article
REVIEW: DEWOLFF – LIVE AND OUTTA SIGHT (2019)
Next article
…AND YOU KNOW US BY THE TRAIL OF LIVE SHOWS