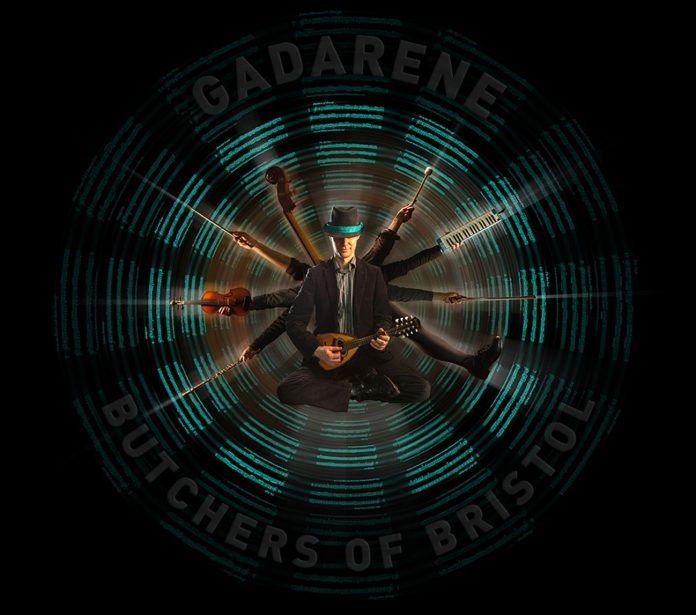 The album kicks off with `Black And Grey` and it`s a wonderful Balkan beats kind of number. There`s a sort of Eastern European feel with fiddle, bass, drums, and a flute solo with vocal snippets that makes you want to get up and dance. It really reminded me of the superb Polish folk rock band Brathanki. We have a much jazzier feel to `Childgrove` which begins quietly with flute before opening up with what sounds like a mandolin and trumpets before the flute returns to give it a Jethro Tull tinge. The brass really takes over for a little while then fiddle, flute and violin all contrive and lead us out.

`Breeches Loose` is a quite mesmerising reflective Celtic offering that will take you on an almost otherworldly journey, a delightfully contemplative offering. What I assume is handclapping leads us into `Lord Albermarle`s Delight’ which had a more contemporary almost Cuban come Caribbean flavour about it.

`Mrs Gibson`s Favourite` was a more intricate pop tinged piece, quite diverse with intricate and varied musical swathes. A double bass tapped drum rim and whistling lead us along title track `Butchers of Bristol` an old country dance tune found in The William Irwin Manuscript dating from 1838. It twists and turns as it progresses with a reggae and an almost Mexican standoff not quite mariachi vibe but heading there, towards the latter part. It concludes with a mix of reggae and folk with some whistling added to the mix.

`Northern Frisk` felt a little pensive with a slight feeling of despondency about it. A melancholic, weighty, and meditative musing. We have almost the reverse with `Yellow Stockings`, which seems again quite introspective but relayed in a more assertive faster paced folk feast.

`Mr Key`s Hornpipe` is one of those folk tunes that you`ll hear at most folk festivals or folk gigs that will have all and sundry up and dancing whether they should or not. The once a year raver that really should know better but with a tune like this its hard not to let yourself go and join in. The strangely titled `Hod the Lass Till I Run At Her` is an interesting one. A flute and drumbeat leads us through this journey and is joined at certain points by certain instruments such as double bass, fiddle, and mandolin. A difficult tune to describe so probably better just to listen to it.

`Go To the Devil And Shake Yourself` is another wonderfully named tune. Another that has a Celtic texture with flute, fiddle and bass running throughout and the sound of somebody clog dancing along to the melody. There`s another curious number with `The Sigh` which seems to have a slight edge about it and is a little difficult to classify. It had some jazzy elements but could have easily fitted into a Peter Greenaway film soundtrack.

The album closes out with `The Red Rose` another captivating track that has almost layers building on each other as the tune evolves. Airy flute, sombre fiddle, mandolin, tense double bass, and a crashing drum beat drive us through this slightly mournful, ruminative aria.

‘Butchers of Bristol’ is a marvellous slice of folk at its best. There are some numbers here that will have you up and dancing like a loon and others that are certainly more reflective but overall, it’s a sheer delight. I imagine seeing this band live would be sensational. The definition of Gadarene is apparently engaging in a headlong rush and I have to say on the strength of this release, it certainly is.

Previous article
NOWHERE TO HIDE
Next article
GET RAVAGED