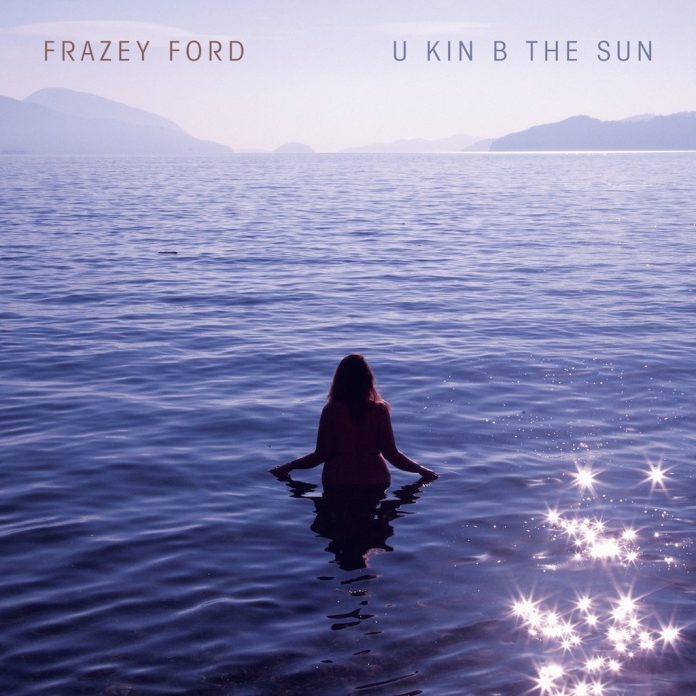 I have to admit that I lost touch with Frazey Ford. I knew that the much-loved Canadian alt-folk band The Be Good Tanyas had either split or were on a long-term hiatus, but I wasn’t aware that Vancouver-based Frazey was about to release her third studio album. This eleven-track offering “U Kin Be The Sun “comes six years since her last release “Indian Ocean.” Frazey is politically astute and supports issues such as climate change, indeed her social media profile contains her endorsement of a campaign by members of the Wet’suwet’en Nation against a proposed pipeline. The $6.6-billion, 670-kilometre pipeline would carry natural gas across northern British Columbia cutting through their land. So, I was expecting an album quite politically and socially driven but although both of these issues are covered it was in a much more subtle way than I expected.

The album opens with `Azad` a wonderfully soulful offering, on which her song writing draws from memories of living on a commune in Ootischenia, Canada as the daughter of a couple of American draft dodgers. The name of the track comes from her older sister and the positive lyrics about beauty in the world spring from her brother`s outlook on life at that time.

`Let`s Start Again` begins with a piano intro before bass and drums join in to fill the track, a ballad relating to the end of a relationship. As almost a ying to the previous song`s yang `Money Can`t Buy` is a wonderfully upbeat soulful piece, with some superb backing vocals from Caroline Ballhorn.

Although the album is overwhelmingly ensconced in funk, gospel and southern soul, `U and Me` a breakup song harks back slightly to Frazey`s prior country roots. `Holdin` It Down` is her most funky offering, something I could imagine someone like Diana Ross releasing. The vocal harmonies have to be heard to be believed. Wonderful. The vocals across the album are wonderfully laid back and at times it`s a little hard to distinguish what is bring said. `Purple and Brown` is a case in point. It`s about the singer`s mother not being present when she had needed her and is shared against a delightfully soulful musical background.

`The Kids Are Having None of It` is a song that touches on the survivors of the 2018 Parkland school shooting in Florida and gets it point across with an almost danceable tune, far more effective and subtle than an in your face diatribe. We head back for more relationship discord with the upfront `Motherfucker`, musically a blend of piano, sticks brushed on a drum skin and understated bass line,

Probably the most upbeat, up tempo song follows with `Golden` which I can see being a real crowd pleaser in a live situation, a tune made for letting yourself go and clapping along to. The penultimate tune `Everywhere` has a laid-back, late-night feeling about it with the seductive almost lazy vocals shared atop. The final and title track `U Kin B The Sun` weighs in at nearly six minutes and becomes quite mesmerising as it progresses. A magnificently atmospheric ode.

I really loved this album, I had lost touch with Frazey Ford since her Be Good Tanyas days so it was a pleasure to catch up with her in what seems to be a change of musical direction which really brings the best out of not only her compelling vocal range but her song writing abilities. This album came amidst the artist coming to terms with the loss of both her brother and father. The brilliantly girted musicians Craig MacCaul (guitar), Phil Cook (Keys, organ), Leon Power (drums) and Darren Parris (bass) brought the best out of this captivating and compelling singer songwriter.