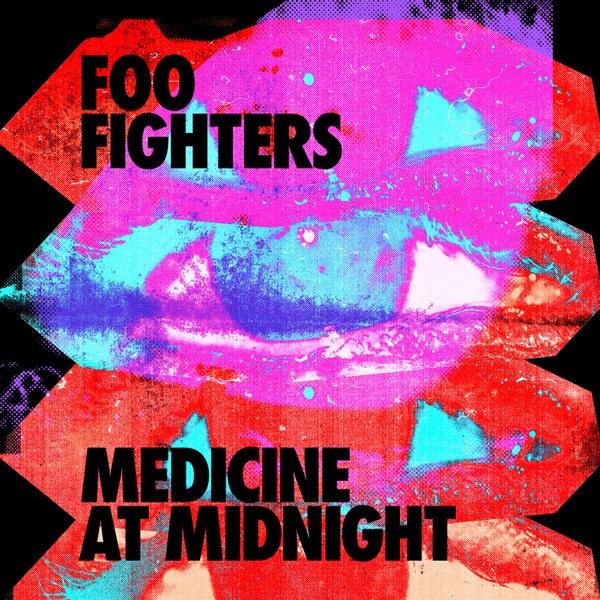 There aren’t many music reviews of rock records that owe their genesis to a two year old girl, but this one does. We like to do things differently around here.

My little niece has appeared in reviews once or twice, but she’s the reason for this one. She’s developed a liking for music. That’s “mummy music”, which means Elton John goes on Spotify, then because she hasn’t quite worked out that her mum and dad’s family Spotify allows music to be streamed on all devices, there’s “daddy music” when she’s in the mood. I had a proud uncle moment when my brother text me to say she was enjoying The Wildhearts and AC/DC, and just before Christmas, a video appeared in the family Whatsapp group with the simple message from my sister in law: “one for you, Andy”. What followed was 90 seconds of my niece dancing up and down their living room to “All My Life” by the Foo Fighters, with such excitement that she dropped her dads phone twice.

What followed that, was me – her music obsessed uncle – digging out his Foo’s records and thinking “crikey, these have got some ace songs”.

So now its disclaimer time. I used to be a massive fan of the Foos. I had gone to a gig of theirs on their first tour with my aforementioned brother at a club (and it wasn’t full, by the way) on the first album tour. But in all candour I lost touch with them in 2002 or so, so I am totally unaware of any of their work since “One By One” – and frankly, I would, if it had not been for that video, have been unaware of this one too.

In that respect, I owe a little girl a thank you, because “Medicine At Midnight” is a belter.

In fact, I’d go so far as to say that it is exactly the sort of record that 2021 needs, and it is the sort of mature rock that very few classic bands want to make (or perhaps are incapable of making?) in that it isn’t dull, lumpen, dad rock, but it is savvy enough to know its limitations and not try and be achingly hip.

From the opening “Making A Fire” it is unashamed to be pop rock. This one even has a “na, na, na, na, na, na” hook and it isn’t apologising. Just like I can’t stand comedians who want to challenge instead of make you laugh, then you have to admire music that exists to entertain.

Especially when it does in a clever way. “Shame, Shame” ushers in its massive chorus (and from here on in, just assume they all have massive hooks to save me writing the same thing every time, yeah?) over a stop start riff, that makes the words “I found a reason and buried it” a singalong. “Cloudspotter” exists basically to have the best percussion bit you’ve heard for ages – and explodes in the way I always remember FF doing at their best.

“Waiting On A War” finds more of what I would term the “signature” sound (granted that might have changed in the two decades I have to catch up with) but over a ballad it offers this: “I just wanted to love everyone” and you know what? That’s cool.

The title track is funky, the sort of thing that might get a two year old dancing and has an 80s feel,  which “No Son Of Mine” balances out pretty neatly by being the heaviest and harshest thing here. There’s a raw, near White Stripes streak running through.

It’s the fact that the handbrake seems to have been off when this was made that is impressive. “Holding Poison” isn’t even hiding its Queen backing vocals, even if it has drenched them in synth and “Chasing Birds” is so laid back, I’d be staggered if they weren’t on hammocks in the studio, to be honest.

A short record, less than 40 minutes and nine songs, “Medicine At Midnight” ends with something approaching an “indie banger”, and Killers fans need to get themselves to “Love Dies Young” pretty sharpish.

Ultimately, though two things are true here. “Medicine At Midnight” is the cure for something, pretty much, whatever you want to feel better about, and it is going to sell by the bucket load whatever.

In that spirit, I’ll just add that it is proper good fun and everything that a “big” rock album should be – and a lot more besides. Frankly, whether you are two or 92 there’s plenty here to enjoy.