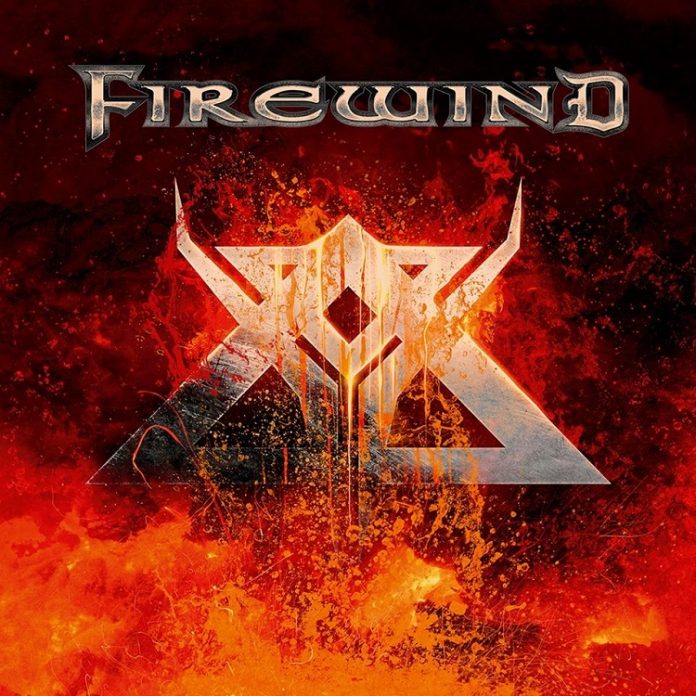 I know its fashionable in the lockdown age to say things like “oh I don’t know what day it is anymore….” But do you know how you know when you are getting old? When years, hell, decades, merge.

Because there’s been no live football on TV, I have been watching a lot of classic old matches. Some, I can remember – usually because one of the players has slighted my team in the past – but others, well I think they were from five years ago, only to find out and they were from 2005 or something.

Then there’s the idea that 2050 – the stuff of comic books surely – is as far in the future as 1990 is in the past. I heard that one in January and to be honest its still freaking me out.

As did this sentence: “Each time Firewind released an album over the last 20 years, it wasn’t just the brilliancy of exceptional guitarist Gus G (Ozzy Osbourne, Arch Enemy, Dream Evil) that fans were in awe of, but also the skills of every one of the band’s vocalists.” Forget the rest for a minute, 20 years! Never.

Then I looked it up. The first time I saw them play was in September 2012. That’s eight years ago. Crikey.

The rest of that sentence, by the way, that’s spot on. Gus G is a guitar genius, no argument, but the thing about Firewind has always been the combination. The blend, if you will, between Gus’ guitar and the singers he finds.

This one is a special one, even by those standards. Herbie Langhans is part of the Avantasia troupe, and drafted in at short notice for this, he excels.

The title gives it away a little, I suppose. Self-titled. Odd to do on the 9th, no? Well no, actually. I’d wager that Gus has done it because this one feels like a rebirth. For one thing Langhans’ presence ensures that “Firewind” sounds a bit like the material on “Between Heaven And Hell”, their debut, as opposed to the more “power metal” on 2017’s tour-de-force “Immortals”.

For another it is the sound of a band reaching for something new.

There is something of a Sci-Fi theme running through this, as the songs are connected by their lyrics, but as neither space or concept records do much for me, I would much rather focus on the brilliance of the music on offer here.

“Welcome To The Empire” is genuine metal, and the versatility of the guitar work is shown here. As an opener it is strident, confident and resolutely classy. The rest of the record – whatever its twists and turns – remembers those three things at its core.

The harmonies are stacked high as you like on “Devour” and the drums of Johan Nunez absolutely pummel here. It is striking, actually, just how heavy this is. Often (wrongly in my view) chucked in as “just” a power metal band (and there are some fabulous bands doing that too) Firewind play with that formula. There are elements of Saxon, say in “Rising Fire”, and there’s every chance for a gallop and a headbang in “Break Away”, with the dynamics of the track to the fore. The way the verse builds, the way the keyboards make the chorus soar.

A word, too, for Tobias Lindell (Europe, H.E.A.T) who makes the fists in the air stuff like “Orbital Sunrise” sound so very, very good – and you just know that the band enjoyed making this one.

There’s a ballad as the centrepiece here, “Longing To Know You” is reflective, and as befits a song about space, it twinkles and sounds incredibly vast. “Perfect Strangers” (not a Deep Purple cover) is instead a modern melodic metal masterclass, pretty much, and the harsh nature of the voice shows a different side to things here.

“Overdrive” is an interesting piece of music. There’s more than a hint of Dio in this, and it was originally meant to be a bonus track. It is a testament to both how good it is and how much G liked it, that it is way more in the finish.

There are 11 songs here, and they are incredibly strong. “All My Life” starts with a guitar solo, and sounds like a metal fantasy, and there haven’t been many moments in the Firewind back catalogue as overtly hard rock as “Space Cowboy,” and the idea that they’ve seen a million faces and rocked them all, as it were, is never far from the shred fest that is “Kill The Pain.”

There have been some great metal albums recently. Here’s another. “Firewind” is important, though, because not only is it a band going back to its past, it’s one who has nailed the present and given themselves a real bright future too.