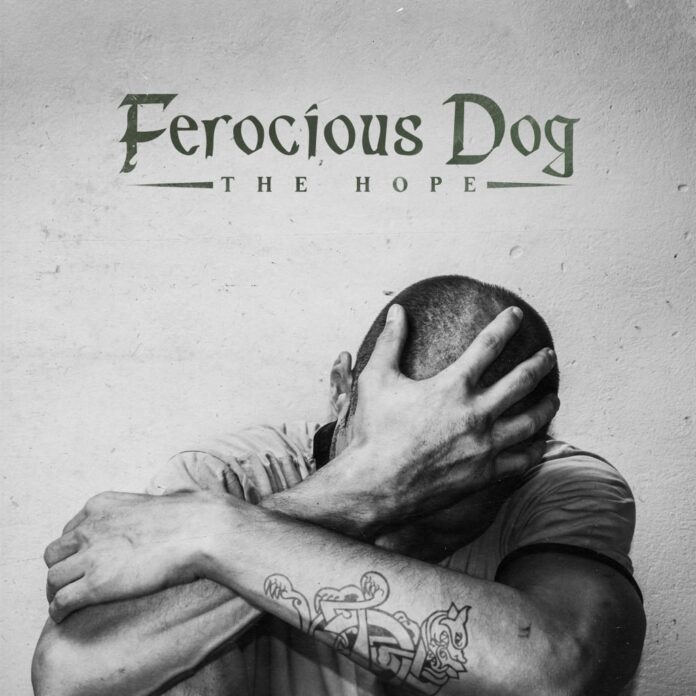 Whilst many, mentioning no names, have been busy getting lazy during the past Covid smothered 18 months Notts six-piece Ferocious Dog have been working like dogs to bring their ever-expanding fanbase, known as ‘Hell Hounds’ if you are wondering, a reason to be cheerful in these globally troubled times.

Hope has been in rare supply for millions across the world and that has not been lost on the band who have been eager to make 2021 at least a musical highlight if not the year they, and every other touring band, would have wished for.

For those unfamiliar with these Nottinghamshire punk folkers the band first came to prominence with their self-titled debut album release in 2013 which followed on from a string of single and EP releases.  A fan funded second album followed two years and the ‘dogs were off to the races so to speak.  Not bad considering the band had actually formed way back in 1988 and vocalist Ken Bonsall and fiddler Dan Booth.  Fair to say it took a while for them to get their dogs out of the traps but once they did they haven’t stopped running.

Fast forward to 2021 and we find the Midlanders in startling form.  We begin our aural journey with the haunting “Port Isaac” a near three minute mainly instrumental track that leads into the following piece “Haul Away Joe” and this track sees the band at their strongest and most recognisable.  A fast flowing shanty that echoes The Pogues at their most raucous.  Certainly a very promising start from an album that has been much anticipated by the hordes of Hell Hounds eager for some Celtic cheer from their heroes.  This track most certainly provides that and then some.

The band then produce a call to arms in “Pentrich Rising” which tells the tale of the 1817 uprising in the Derbyshire village of Pentrich following the end of the Napoleonic Wars which in turn led to depression alongside the impact of the Industrial Revolution.  Safe to say the track holds nothing back in its intensity and power and although is lyrically specific to that particular uprising nonetheless can be used as a modern day call to arms and inspiration as and when required.

The pace is not slowed down for the next track “Victims”, if anything it is amped up another notch and is all the better for it. However “Broken Soldier” which follows is an evenly mid-tempo paced depiction of war and its impact on its combatants.  A brilliant track that showcases what Ferocious Dog are all about.

The second half of the album loses none of the energy, spirit and creative drive of the first half and tracks like “Khatyn” and “Born Under Punches” ensure the level never drops below world class.  “Punk Police” and “Slayed The Traveller” are fine examples of why this band is revered.

It’s not all high energy though as the title track “The Hope” proves the band can drop into the delicate and beauty of balladry any time they wish with the same consummate ease and which will sound even more emotive and powerful in the live environment.

Overall when you put all the tracks together it’s hard not to feel a new sense to take on the travails of this modern world with a new found energy and fire in the belly.  Album closer, from the vinyl version from which this review is taken, “Parting Glass” is a drinking song in the finest traditions and a perfect way to close things off.

The album is aptly named The Hope and you will find plenty of it here alongside some of the finest celtic-infused folk punk that has ever been committed to the ears.

The Hope is available now via Graphite Records.

Thanks go to Matt Reynolds at Savage Gringo for supplying the vinyl.