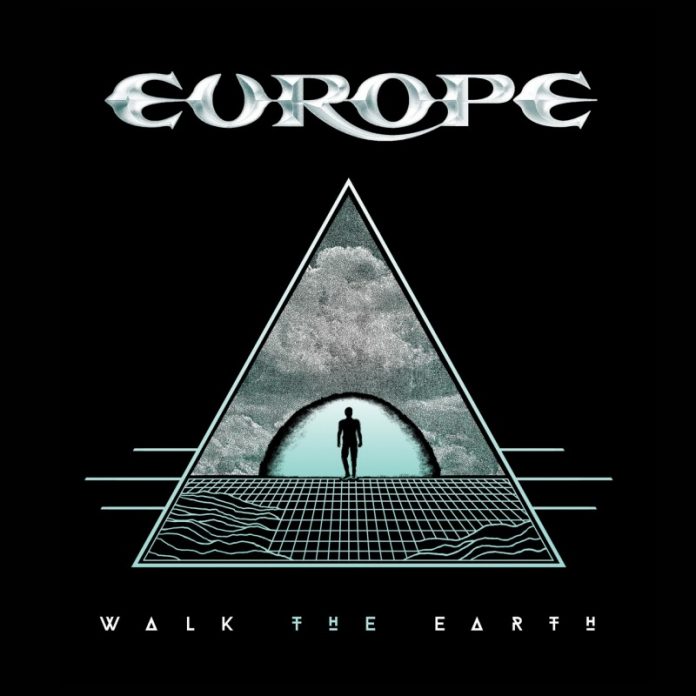 Often the object of derision and dismissed as one of those “hair metal” bands from the 1980’s.  Europe have battled and worked hard for the scraps of journalistic credit they receive.  That in itself is a crime but when the band are arguably a far better, tighter and more cohesive band these days then they have ever been those who stick to old-fashioned views are missing out on one of the great rock bands.  Period.

Whilst 1980’s contemporaries such as Bon Jovi et al are happy to drive their brand in the middle lane until they run out of gas, Europe, continue to be inspired by creating brilliant new music and ensuring that in the world of hard rock they are still one of the front runners and the band thousands aspire to be.

The title-track “Walk The Earth” kicks off the album in a rampant fashion with a crushing riff backed by ethereal keyboards.  It’s mid-paced but, for Europe anyway, is as heavy as anything they have committed to tape.  The chorus is a defiant stand against those who get their kicks from keeping others down.

“The Seige” is quick to follow with it’s zig-zag riffage and eastern flavour complete with a bending guitar solo to excite even the most hardened guitar wizards.  The foot is not taken off the accelerator until track 4 with “Pictures”, one of two slower balladry numbers, along with the closer “Return To Dust” and like most ballads to hard rock fans they are not the best tracks on the album by any means but neither are they mere album filler either.  If you are searching for “Carrie” Part 2 then you best move on.  You will not find it here.

Several of these tracks will take on a new life when performed live and that will be something exciting to witness.  If the racing Deep Purple-esque “Election Day” is performed on stage prepare for some serious sonic assault of the senses.

Tracks like “Whenever You’re Ready” and “Wolves” are tails-up rockers par excellence that remind you why you love hard rock in the first, second and third place.

Alongside the band, Dave Cobb must get some kudos as he maintains that classic Europe sound as he did on 2015’s excellent War of Kings and continues to add his skills to ensure the band have never sounded better.

If this was the Europe-an Union the UK had been voting to leave or remain in 2016 then there would be no doubt as to the outcome.  Remain, remain and remain again.

Walk The Earth is out now.

Also catch Europe on tour in the UK in November with Deep Purple.