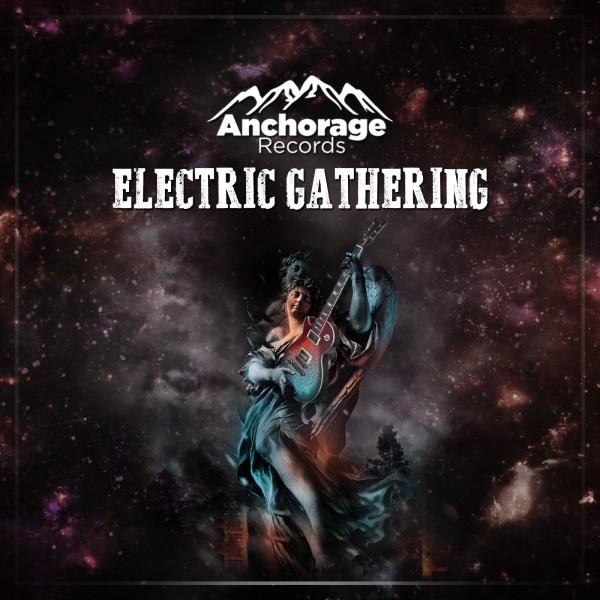 A collection of guitar virtuoso’s play the guitar….brilliantly.

Give or take the odd ridiculous thing that politicians might say when they get involved – and the sight of Tony Blair arriving at Downing Street with guitar in hand in 1997 was enough to have Sid Vicious turning in his grave – there really is nothing like the guitar.

There really is nothing like an artist turning on a Marshall Stack and playing a huge great power chord through the damn thing, unless it’s Johnny Cash or Bob Dylan strumming on an acoustic, Hendrix making it talk, Rory Gallagher making it do things no one else can, or….well you get the picture.

The guitar is a versatile beast, is basically the point. The artists on this collection would agree. They are coming at things from what we might be best to term a “Joe Satriani” type angle, so there’s technical wizardry in abundance throughout, but it never feels cold and unwelcoming.

This last bit is rather important, if like this reviewer, you have never picked up a guitar in your life. The six-string wouldn’t so much gently weep in the hands of millions of us, as burst into tears, so to listen to these guys do it is a wonderfully exhilarating experience.

There’s quite the …urmmm… gathering that’s been assembled here too, from former Megadeth man Chris Poland to the founder of the wonderful Orphaned Land, Yossi Sassi, but it’s the other talents too that really catch the eye. Kevin Estrella, for example offers his virtuoso talents on “Pyramids On Mars” from his forthcoming album, while Michael Hampton wows on “Club Metalfunkadelamack” which more than lives up to its terrific title.

The record even closes with some incredible funky jazz, from Yue’s Jumping Jam, who share an incredible “Jungle’s Traffic Jam” while inbetween the aforementioned Sassi plays as only he can on “Neo Quest” a slow building shimmering masterpiece, while Poland’s selection is “Hip Hop Karma” which thankfully has nothing to with Public Enemy, and everything to do with his understated playing and mastery of his axe.

The impressive thing here is the tone, it’s not all about shredding, these are songs with no words. On fact, the only vocalisation on the entire record comes from Elmo Karjalainen, who midway through his revved up blues of “Unintelligent Designs” says: “would you please welcome two very good friends of mine, they are here to play you some notes.”

As a neat metaphor for “Electric Gathering” you won’t find one better.

Previous article
Take A Trip
Next article
Due North