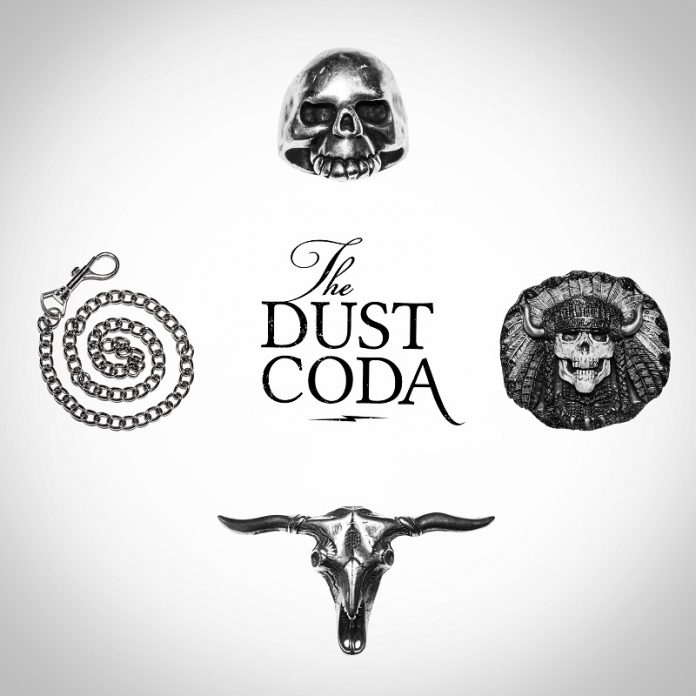 There’s easing yourself into the fray gently. Then there’s this

As the cliché goes, you never get a second chance to make a first impression. As with all clichés though, it is one that is based in truth.

It is also a maxim that London based four piece The Dust Coda took pretty seriously.

That can be the only explanation for the opener. “The More It Fades” starts with what must be described as a full-throated roar from singer John Drake and a riff to match. As a marker on your debut album it is a strong one – a “Welcome To The Jungle” moment if you will.

There are, after all, bands that like to make their mark gently. The Dust Coda are from the absolute opposite end of the spectrum. Only forming in 2015, they have a clear desire to get to the top as quickly as possible and intend to take no prisoners as they get on what appears to be an inexorable upward curve.

“All I Got” proves the opener was no fluke, coming in as it does on a veritable wave of guitar which has half an ear on Screaming Trees “Dust” classic at its most thumping, but eagerly doing what others have already isn’t particularly on the agenda here.

Instead “Weakness” is what might have happened if Audioslave had got soul, “Sun Goes Down” is bluesy, but only if the blues had a huge swagger and if “Rock N Roll” would in other hands be a little bit of filler, then here it is anything but.

The album deals in hard rock, though, and it needs a couple of ballads. “Sweet Love Is Gone” provides the first. It even manages to sound a little stripped down too, but rather like Led Zep it can’t keep up the pretence that it doesn’t want to take over the world for long.

In truth, there is not a weak spot amongst these 11 songs. “Save Me” has echoes of MV faves Monster Truck, “When The Tide Comes In” sees Drake channel some kind of inner Jeff Buckley covering Muse thing – a strange alchemy perhaps but one that works.

Why this is better than much of the competition is shown by “Nobody Now”. Done with something of the ethereal about it, TDC don’t see why they should be hemmed in by the rules, but whatever they do is done with a real skill.

It can also get down and dirty when it wants too, “Down In The Valley” is the sound of the top rolled down and the fast lane in front of you, and if the closing “ Will I Ever See You Again” has a tender side that most of the album does not, it is nevertheless proof that the band still have plenty to find and accomplish.

For now, though, there’s this. And as debut’s go this is very special indeed. Songs big enough to fill arenas played by a band who have the burning belief that they belong right there on those stages. Don’t bother getting in their way.

Previous article
FEATURED BAND: THE MYLARS
Next article
Howe’s This for A Tribute