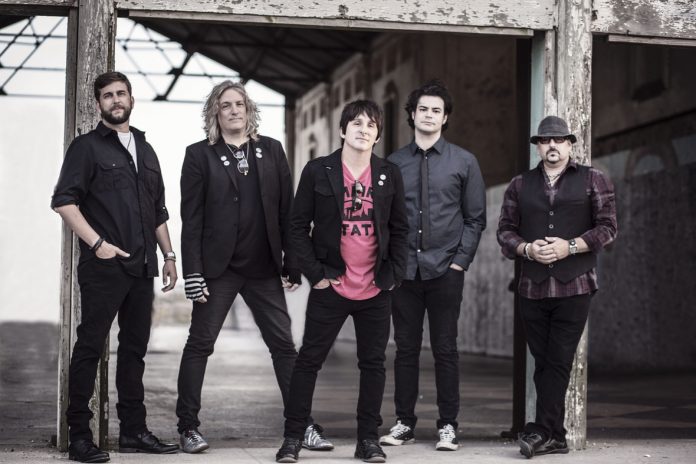 With a band mission of “It is what it used to be”, The Mylars are a combination punch of late seventies power pop rock infused with their own modern twist.

As the lead singer/songwriter for The Crash Moderns, Danny toured the US and Canada for several years, sharing the stage with some of the biggest names in rock music, including The Goo Goo Dolls, Lifehouse, Bowling For Soup, and Bon Jovi and is currently one of the main songwriters for The History Channel hit television show, American Pickers.

Danny and Mylar’s drummer, Chris O’Hara, can also be seen in episodes of HBO’s popular series, The Sopranos.

Mylars co founder, Quig is responsible for being the creator and manager of the worlds first little person rock group, The Little Kingz, made famous in Ben Stiller’s movie Zoolander.

The Mylars debut full length album, Melody Records will be released on September 15, 2017.