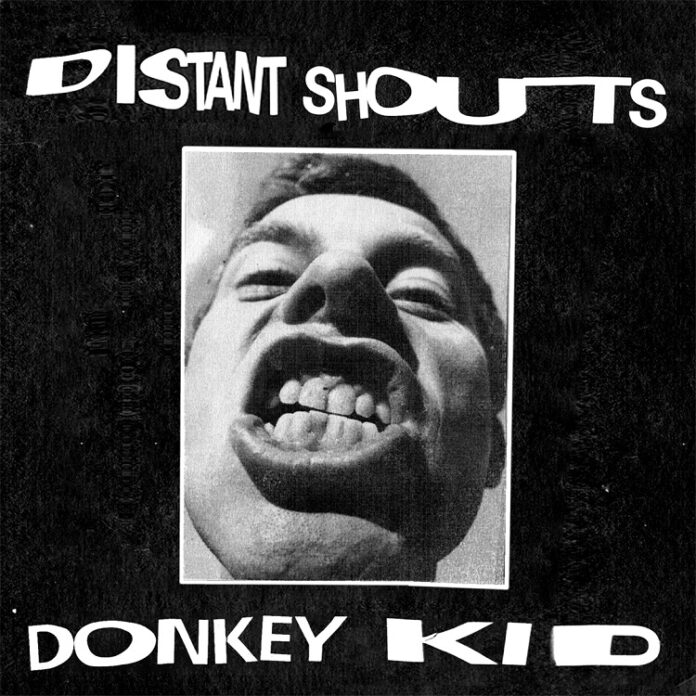 Donkey kid is a producer, singer, and songwriter from Berlin who is already being hailed by music press in his native country as one of the most promising newcomers in Germany. The music shifts subtly between indie pop and 1980s reminiscences.

The artist started out as a bedroom-producer, writing songs that evoke ideas of wide spaces, Abbey Road, Hendrix in Tangiers, and psychedelic substances, whilst also reminiscing on the Manchester scene of the 80s. His debut EP `Distant Shouts` recalls a musical coming-of-age story: ice cream for breakfast, sleepless nights, fucked up sleep cycles and perfectly hand-rolled cigarettes.

This extended play opens with `Necklace` and has a kind of funky retro slacker vibe and to me hinted at lo-fi alternative musician Beck. It`s a track that is delightfully hypnotic and has a captivating drum, synth key and bassline that leads you through a wonderfully melodic journey. We have a really trippy ambient offering with `Digging Holes` with vocals that are almost lethargically shared and blend so well. A superbly entrancing listen that will really suck you in without realising it.

`Sugar Daughters` opens with some off kilter chords and vocals that grow in volume as it evolves. It`s a little unusual but that`s the real charm of this piece which ebbs and flows as it leads us along it`s lifespan. Initially `Girl Outside` is pretty stripped back with a guitar chord riff and vocals before it picks up a backbeat and keys as it moves along. There are some sweet intricate chords that put me in mind of the early Cure before we have harmonies and the number becomes quite spellbinding before crashing cymbals and a vigorous guitar riff lead us out.

This five tracker closes out with title track `Distant Shouts` which is fairly fast paced with lyrics almost spat out. There`s a charming bass and drum interplay in the latter section before it resumes its rapid tempo.

I must admit I was really blown away by Donkey Kid and his `Distant Shouts` extended play and although it was only about twenty minutes in length it had me hitting the repeat button.

There`s a kind of unique quirky quality to this release which is maybe a little idiosyncratic at times but that`s the beauty of it. This taster left me wanting so much more and i`m sure it`ll have you experiencing the same.