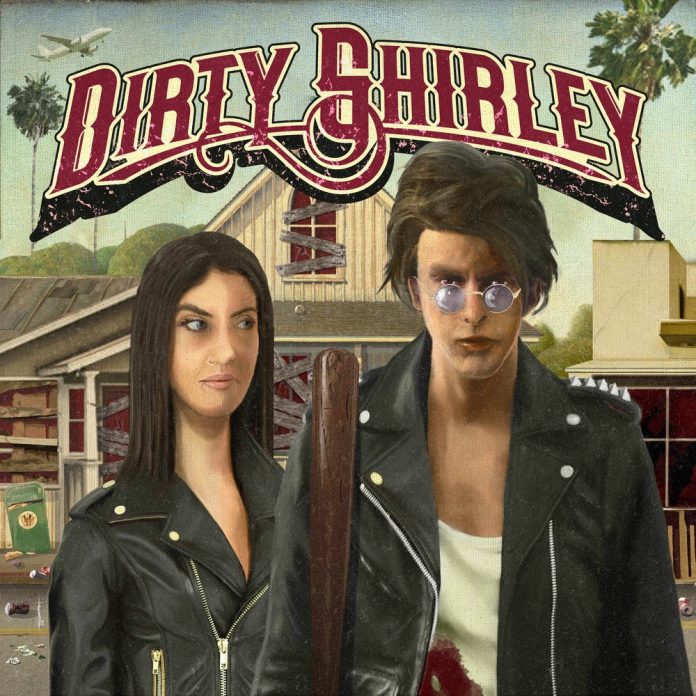 With all due respect to the rest of the cast here – and let’s be honest George Lynch is one of the great guitar players of our time and Will Hunt’s record on drums isn’t exactly unheralded either – it was the presence of Dino Jelusic here that had me most intrigued.

Jelusic is one of the great up and coming singers. He won the Junior Eurovision in the early 2000s (at least he did if Wiki is right!) and he’s in Trans-Siberian Orchestra. Last year, his “other” band, Animal Drive, stuck out a covers record, and in my review, I announced that he “is the bands trump card. His vocals are good enough to see him as a member of the Trans-Siberian Orchestra and he roars his way through here.”

And on “Dirty Shirley” he gets to stretch himself incredibly.

He is allowed this luxury, because Lynch is using this particular mob (see what I did there?) for experimentation, and goodness this sounds fresh.

There are of course, two forms of experimentation in my book. The one where you try things but keep the audience onside, or the one where you make some unlistenable crap and then tell everyone its their fault for not “getting it”.

This is from definitely from the former option.

So it is that Hunt (who has worked with everyone from Tommy Lee to Evanescence) starts “Here Comes The King” off with some thunderous drums before Lynch has played a note, but then, when Jelusic lets loose in a manner that would befit Dio himself, it is clear that this is pretty special.

This is arena rock – and it was always going to be – but it does twists and turns of tremendous subtlety. “Dirty Blues” is just that, in parts, but it swaggers. It is a thrilling journey.

At one point at the start of “Disappear” you almost think its “Lets Get Rocked” era Leps, then two things happen. First it changes tack, adding some Eastern influence with bass man Trevor Roxx anchoring the thing down – and second, lets be real. Leppard ain’t done anything this fresh for years.

The best thing about Dirty Shirley, and “Dirty Shirley”, that is to say both band and album,  is that there doesn’t seem to have been any set plan. “I’m Dying” for example, has a kind of modernity (and at just under four minutes is one of the shortest things on offer) while “Last Man Standing” is almost proudly and resolutely AOR.

“Siren Song” is a pleasing mix of Led Zep and soaring hooks, and the absolutely epic sounding “The Voice Of A Soul” – over seven minutes of it – is probably (along with the opener) the one you’d play to anyone to give them a clue as to what this band was about.

I’ve sort of skirted over Lynch’s contribution here, but – and I’ve been listening to his music for 30 odd years – I don’t think I’ve ever heard him cram this much stuff into one hour of music. The tone he gets on “Cold” is superb and the emotion conveyed on what would otherwise be a sort of 80s blues rocker “Escape To Purgatory” is incredible.

“Higher” is built round one of his lead licks, and the sort of confessional, claustrophobic delivery of the vocals in the verses, is at odds with the explosion of a chorus, and the final turn is on the final one. “Grand Master” with its acoustics, its Indian mysticism and odd harmonies, is an almost perfect way to end a record that is absolutely surprising in scope.

One of the more interesting rock records you’ll hear. It is a shame that given the set up of the band they are unlikely to play live, but “Dirty Shirley” is a real – and surprising – gem.