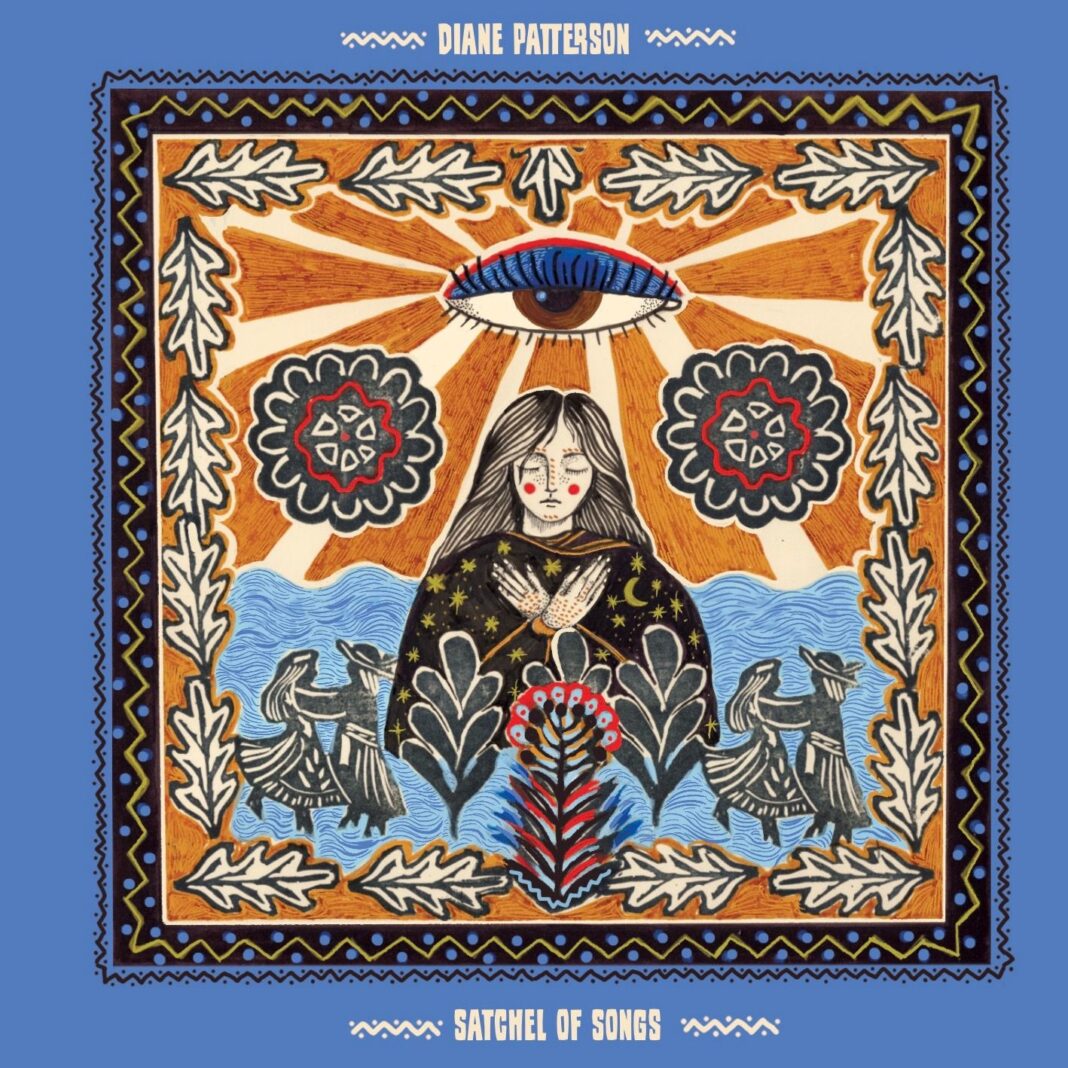 Diane Patterson’s trademark is mystic-acoustic-Americana, music-as-activism, and love-as-revolution and is ever-present, buoyed and inspired by years of touring in the US, Europe, and Scandinavia.

Diane`s sixth album `Satchel of Songs` is released this month and the songs shared honour ancient people, the land, and speak of reconciliation and peace, while being ever hopeful for a bright future.

The album opens with `Roots Heart Rhythm` a wonderfully reggae tinged offering that seems to urge us to return to all we`ve forgotten. A number that encourages us to take time and let music guide us in its ability to heal this world. We have a more back to basics folk offering in `Silk and Honest Pay` which has some delightful cello or double bass strings, hand percussion and the singer`s vocals floated atop in a quite mesmeric fashion. This number came from an ancient Viking song.

Title track `Satchel of Songs` was written and offered as an act of contrition song for the wrongs committed on Indigenous people and inspired after meeting Elin Teilus, a Swedish woman whose father descends from the reindeer-herding Sami ethnic Indigenous people. The track has a haunting texture with what I assume to be a kora and a cello adding to the poignancy of the piece. The pain and contrition of this atonement is almost tangible in the singer`s vocals. We have a song written about the child soldiers of Aleppo Syria in `Steady the Hand` which ironically has a distinct relevance as to the current situation in Ukraine. It`s a captivating listen with some intricately shard guitar chords, a steady drum beat and heartfelt vocals. An uncomfortable but powerful listen.

`Maybe Easy (For Stace)` is a stripped back submission which makes this a much more evocative and thoughtful offering which contemplates how love and beauty exist side by side with grief and sorrow. A number that may well have you reflecting on instances in your own life. We have a quite evocative submission in `One Part Corn` which has a hypnotic almost trance like native subtlety about it.

`Turn Toward The Sun` is the story of the water protectors at Standing Rock reservation which lies across the border between North and South Dakota and their resiliency to stop the pipeline. Many members of the Standing Rock tribe and surrounding communities consider the pipeline to be a serious threat to the region’s water. The construction also directly threatens ancient burial grounds and cultural sites of historic importance. It has a real potency as it`s delivered in a kind of factual almost unemotive manner with just a vocal and guitar accompaniment. We have another slight reggae vibe on the positive `Cookfire`.

`Somewhere There’s A Song Still Singing` is a gently shared quite toe tapping uplifting thoughtful musing on the fact that all countries, nations, and cultures have their own stories to share and sing and that almost at any time, somewhere on this planet, one is being shared. This release closes out with `Where Are We`, a poem written by Coleman Barks, inspired by the 13th- Century mystic Persian poet Rumi. It`s a delightfully elevating and at times dreamy reflection, where so many things can be read into this questioning piece.

`Satchel of Songs` is a joyous and at times thought provoking listen. Diane Patterson addresses some difficult and possibly not well known or for a majority of people interesting subjects and causes. But she doesn`t shy away from them and shares them in a manner that will have you taking time to listen and quite possibly explore further. We have provocative and intriguing topics shared in an inspiring manner with a folk, folk-rock, Americana, and reggae tinged flavour.