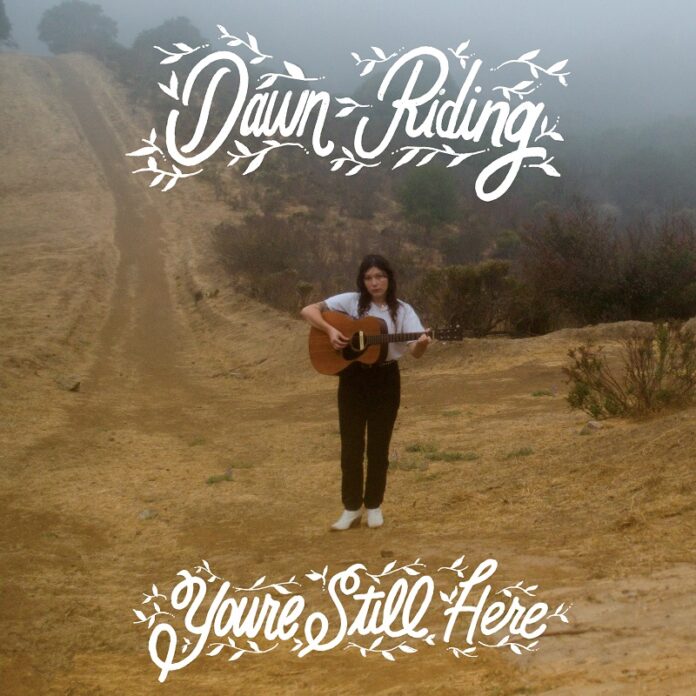 ​​​​​Singer-songwriter Sarah Rose Janko (Dawn Riding) releases her third full length album `You’re Still Here` this month. The album came together at a Victorian house in San Francisco’s Mission District where the singer would play guitar, sing harmonies, and hum lines for other instruments in the garden before retreating to the basement recording studio (Speakeasy Studios SF) with producer and engineer Alicia Vanden Heuvel.

The album opens with `9 Lives` a delightfully reflective contemplation of a former lover maybe and their spiral into seemingly self-destruction. The strummed guitar, brushed drum, harmonica, and pedal steel underpin this plaintive observation with vocals that really express that sense of despondency. I loved the kind of dreamy ambience to `All The Time` as it rolled along with each musician getting a brief opportunity to shine as this number progresses.

`The Difference` is a further empirical composition that draws you into this melancholic meditation on the character of white people in response to the rise of the BLM movement. There`s a real underlying anger to this number. There was a kind of edge or darkness to `Hold On` which really reminded me of Leonard Cohen`s `Suzanne` at times.

`Beautiful & Dangerous` is fairly stripped back with just strummed acoustic guitar and vocals initially which gives this captivatingly descriptive submission a fragile delicacy. The addition of an organ midway adds a further reflective quality to this cut. A deliciously wistful pedal steel leads us into the heart breaking `Change In Time` and the inclusion of a trumpet added a real poignancy to this track and had me close to tears listening to it. It was only later that I discovered that it was written for Brittney Boyd, Janko’s friend who passed away during the Covid lock down,

`Scales Fall From My Eyes` is a little different and although it`s fairly dreamlike it has a number of layers to it and becomes quite ethereal. The album closes out with `Luck Run Out` with the singer relaying thoughts over some haunting piano keys as pedal steel riffs float by. A strangely compelling piece to end on.

This release is marvellously thought provoking and can really touch you without you realising the effect it emits. There are some intensively descriptive life experiences shared and you almost feel that you are there alongside the narrator as they transpire. I found it quite overwhelming at times but I had played it continuously. To me it’s the kind of album that i`m sure you`ll find something different each time you return to listen.