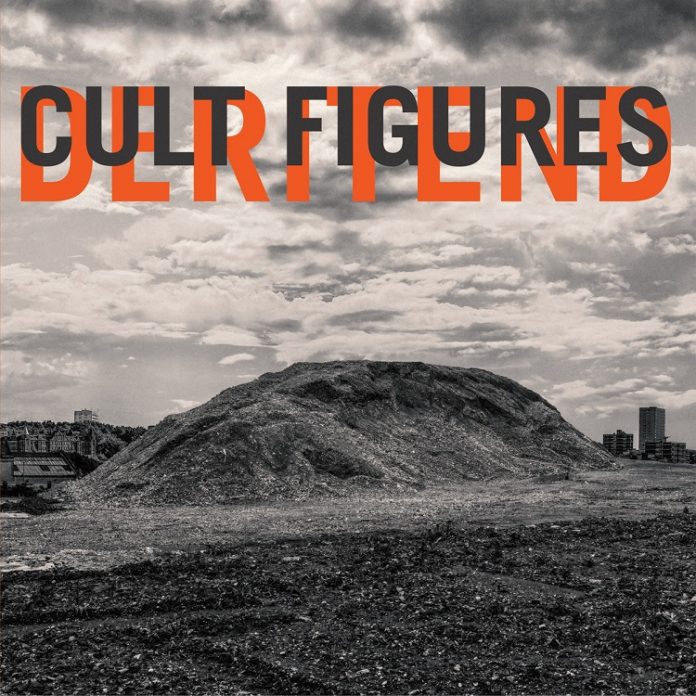 To paraphrase the advert on TV for the Navy: “I was born in Stoke on Trent, but made in Solihull”.

Solihull is a pretty nice town. Most of it is reasonably affluent, home to the Land Rover Headquarters, as it happens, but whenever anyone not familiar with the area asks me where I am from, my default answer is: Birmingham.

Which is why before I’d even listened to the second Cult Figures album (which arrives three years after the first, but some 40 years after they formed – you can’t rush these things it appears) the title stood out.

“Deritend” is named after an area of Birmingham that rather sums up the city. Basically a dual carriageway which takes you in to the centre, there’s some new offices at the bottom, but there’s also some dodgy looking shops, some trendy clubs, a Tesla garage and a gig venue. The city’s oldest pub is also there, vying for space with some shady looking lock ups. It’s a road that is the second city. Looking for a fresh new future but rooted in its past.

The really interesting thing about “Deritend” is that it knows it too. There’s a song called “Concrete And Glass” that deals with exactly that. It talks (literally – given that Gary Jones speaks the lyrics) about the “Pepsi café where we went for coffee and sweets” and you find yourself wondering if it’s the café with the Pepsi sign on Deritend High St, and you find yourself reflecting on the change – and how some of the city has been left behind to rot – and how that is a metaphor for society as a whole (and if you have the beliefs that I do you wonder why there’s no effective opposition to the scum that are doing to the country).

Cult Figures are very much a product of the city, listening to the opener “Chicken Bones” – which has just a flavour or two of The Levellers – the inner city life is laid bare, and maybe that’s always been their way. Emerging in the late 70s around some of the second city’s finest musicians (Duran Duran’s Roger Taylor was one of them) they still have a bit of that about them, but also a pop sensibility and touch of psychedelia.

“Donut Life” underlines that neatly, while as students will know, “Brummie Punk” has its own distinct driving, throbbing darkness, and for all the melody of “Lights Out” it has a groove of their compatriots The Godfathers.

There’s even something of a reggae tinge to the bass of the lugubrious “Exile” – and Steel Pulse would approve no doubt – while the Billy Bragg-ish guitar line of “The Omen” is proof that this is beholden to nothing much at all.

“Silver Blades” finds some shimmering acoustics, which – to give it a modern context -is the sort of thing that DMA’s do, but that they are able to follow it up with the energy of “White Noise”, which is close to power pop perfection is what sets this apart , from pretty much anything.

Stuart Hilton’s drumming is superb throughout, but never better than on “Julie-Ann”, while there’s something of the dance track about “Camping In The Rain” (and given that this a Brummie band then it will have been in Stourport) and the wonderful line “in the distance there’s a patch of blue, maybe later there’ll be something to do” is perfect to describe the futility of this existence.

“Privilege” fires up the anger, too. Like, why should we accept second best just because we are from the second city, and why shouldn’t we want more? Of course, you don’t need to live in Birmingham for this. Surely you just need to live in 2021?

Which is why this is  so compelling, frankly. “Interesting” sounds like you are damning it with feint praise, but it really isn’t. This is a record you can lose yourself in. One which isn’t especially immediate, but one which in the end should not be ignored – wherever you’re from “Deritend” applies.