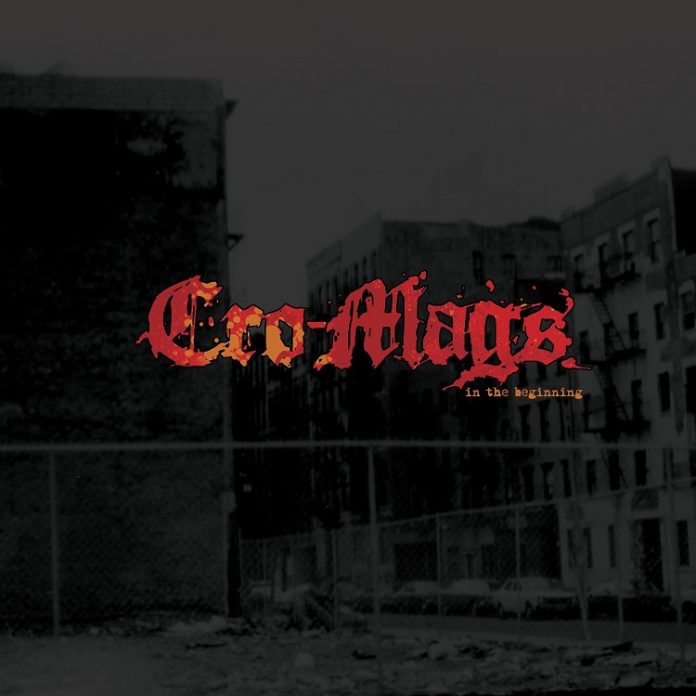 If you are going to release your first album for 20 years, you’d damn well best have a good answer to the inevitable question: “why now?”

“Lemmy came to me in a dream and said, ‘Take it back mate, it’s yours, you started it.’”

Any sentence that begins “Lemmy came to me in a dream” is going to be the best sentence ever, but, even allowing for that, Harley Flanagan has a point.

The legal issues surrounding Cro-Mags name and its use have been dealt with elsewhere, and lets not go through it again, but all that matters is that Flanagan is back, firing on all cylinders and can legally say Cro-Mags is his again.

Last year they released a couple of singles. All six tracks from then are here, and as I said when I reviewed the “From The Grave” EP last year: “The delight that Harley Flanagan has for making music again shines through here.”

The title track of that one is still the best thing here, Phil Campbell’s solo is a thing of real glee, but the other seven, the new new ones, if we can coin the phrase are right up there too.

The bass rumble of “No One’s Coming” immediately casts this version of the band as right in the Premier League of Hardcore. Riotous, righteous and vicious, but the lyrics, as often with this sort of thing, are about empowerment: “no one’s coming,” spits Flanagan, “you’ve got to do it yourself”.

Perhaps the best thing about this, along with others like Agnostic Front, is that Cro-Mags are happy to document life on the streets, the brutality, the violence, but they aren’t beholden to the sound. “The Final Test”  is like nothing else here, the music thunders, but the melody in the lyrics is like something Therapy? Might do. It’s odd, it’s incongruous, even, but it works.

“One Bad Decision” is surprisingly accessible considering the nature of it, “Two Hours” – which starts with a call to an inmate in prison and explains how he got there, sounds like a Body Count song. The violence, the hip-hop delivery is all there. It’s a highlight here too.

In truth, there are a lot of highlights here. “Don’t Talk About It” (next line “just tell me what you’re gonna do”) is one, with its flavours of Chinatown at the end, this is from the NYC alleys. “No Turning Back” perhaps more clearly than any of the others, shows the clear lineage from Hardcore to thrash. Seriously, listen to this and then listen to “Burn My Eyes” era Machine Head.

“No Turning Back” is a brilliantly unrepentant end too. The energy and the fire is that of a much younger man, and a much newer band.

But maybe that’s the point? Maybe “In The Beginning” is just that. A rebirth, a re-invigoration, a re-connection. Maybe after all the legal bullshit and upset – the hurt even – that resulted, it is just a relief for Harley Flanagan to be playing Cro-Mags music again?

Or maybe it’s all down to Lemmy. Either way, “In The Beginning” is wonderfully brutal and unremittingly unapologetic. Which is exactly as it should be.