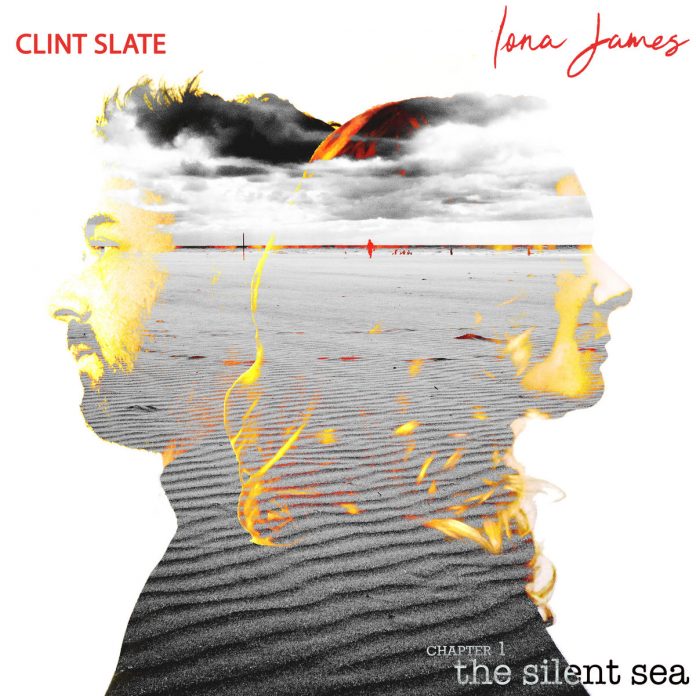 It sounds like the first line of an old joke – a Scottish nurse and a French musician meet by chance to write a song for a radio contest, but I can assure you this certainly isn`t. Iona James is a Scottish nurse, who has played guitar, written songs for many years and released her debut single at the beginning of this year with `To The Moon`. Gregg Michel or Clint Slate is a French multi-instrumentalist and songwriter who has been involved in numerous projects and has released three albums with his latest `Dragons` earlier this year. A chance meeting between these two sparked a collaboration and the release of a four track EP `The Silent Sea`

This extended play opens with No Way Out` with some distant almost remote synth strings and a drum machine beat that allows Iona to introduce us to this tale of possible loneliness before Clint joins in. The singers trade off each other and for me, it brought to mind the soulful, mystical Celtic vibe of Clannad`s Moya Brennan and Bono on `In A Lifetime` from the late eighties. There`s some percussion, similar to a bodhran that sets a platform on `Believe` for the singers to again share lines on this introspective quite reflective piece. It becomes quite mesmeric as it progresses with the addition of some complementary guitar chords and synth swathes. A song that seems to relate to recognising and accepting what you have rather than what you had, amidst all the distractions of life. The song builds towards the end with guitar riffs and handclaps.

`Tell Me Now` with its rhythmic strummed guitar is a folky / pop number with a strap line of “tell me now, what am I supposed to do without you” that will get into your subconscious and have you singing it for the rest of the day, believe me. A sort of joyful breakup song, if that exists that enjoys a delightful guitar solo towards the latter part. We close out with `The Ticking Tide` which is an interesting listen. It starts with a sort of electronic beat before the vocalists again swap lines and it becomes more of a rock outing with a driving drumbeat, some sublime guitar riffs, and keys along route. There`s a quieter section with keys and vocals before it takes a more uplifting almost anthemic texture before closing almost suddenly with handclaps and vocals.

`The Silent Sea` is a superb but all too brief taster of what this duo can accomplish together. I don`t know what future plans they have but it would be interesting to hear an album where they could further explore other musical genres. Their voices seem to not challenge each other but enrich and almost spur each other on. They have a sort of dualism about them a sort of yin and yang feel which is strengthened with some subtle musical accompaniment. A wonderful release just in time for summer.