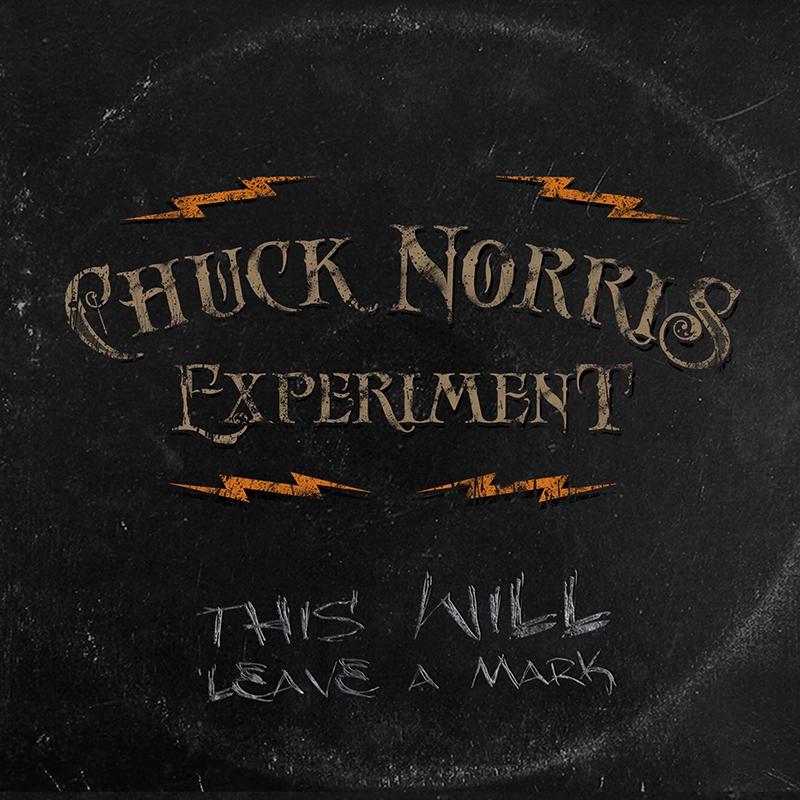 I reckon the words “you gotta aim low and hit ‘em really hard” will be etched on Chuck Ransom’s gravestone when the time comes.

He and the other five Chuck’s have been a kick in the bollocks to punk rock in Sweden for not far off 20 years these days.  So when he sings that line on “Dirtshot”, the opening song on “This Will Leave A Mark” he’s giving away all the secrets.

The Chuck’s though (and it’s beautiful that they claim their moniker isn’t a tribute to their “actor” namesake, rather a US blues singer) they’ve got all their secrets balls out, and on view most of the time. You don’t need to be coy, they’ll show you if you ask.

“…Mark” finds them in rather more lengthy fashion than 2019’s “Shortcuts”. If that one was a 12 minute hand shandy in a supermarket car-park then this one, at over half an hour, is like tantric naughties with Sting.

And the sound is fleshed out and much fun, too. From the opener, all cowbell bonus points, hooks and twin guitar solos that are sort of like Scott Gorham playing Motorhead, to the mighty “Kill The Night”, this is CNE at their absolute best.

Of course, there’s some fast shenanigans. Chips Kisbye (who was on “Total 13” by the Backyard Babies and is a living legend as a result, turns up on “Landslide”, 75 seconds of fury and fizz, but this album, basically isn’t quite what you imagined.

“In For The Kill” has a metal tinge, and when the line about “I am fresh out of lockdown, baby” hits, you do sort of worry for the safety of all concerned, and if “Turning Me Inside Out” is part two almost, then it would first engender a moshipit and second make The Hellacopters jealous – indeed, I am more or less convinced that CNE just heard the first Hellacopters record and decided that was them for the next two decades.

And, the solos come, the riffs go and lyrics about flicking switches, loan sharks, and motherfuckers being out of control are spat out with abandon – that’s just on “Benefit Of The Doubt”. Elsewhere, “Hand Grenade” suitably explodes, the strut of the title track is like Royal Republic have been kidnapped by a biker gang, and you can imagine Lemmy himself enjoying the utterly glorious boogie of “Spin It Round”.

Chuck Norris Experiment are many things – equal parts trashy b-movie and punk for a start – but I never really had them as a doom band. Now, “Devils Lake” isn’t Pentagram, but its slower than normal, for sure. Chuck Buzz’s drums take centre stage throughout, but on “Bad Blood” they help things get to real fist raising stuff.

And whatever you imagined might end the album, then I am going to guess it wouldn’t involve a piano ballad? Well this is the Chucks in 2021 and this is “New Day Rising”. My suspicion is that they thought they’d best have one as someone told them women liked ballads, or something.

Whatever, “This Will Leave A Mark” did just that, and in doing so it found some new flavours to go along with the usual selection in Chuck Norris Experiment’s little bag of sweets. Whilst on one hand you wish they weren’t a cult band, then on the other you are kind of glad they are. This is one of their best, too.