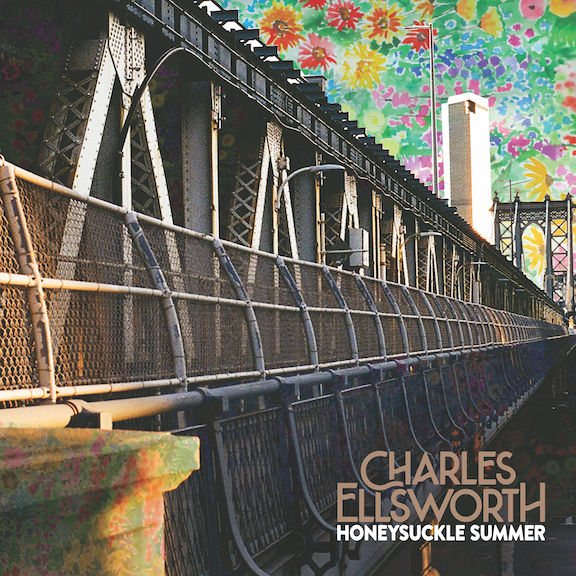 There’s something incredible about discovering an artist who crafts songs with a use of language that you just hadn’t thought of.

When it happens, its truly one of the greatest pleasures in life.

Then, when its coupled with rock n roll – rock n roll that is best described as prime Gaslight Anthem, jamming with Drive-By Truckers on some Springsteen songs you haven’t heard –  you are on to something special.

All of which is a roundabout way of starting a review the way that most finish. But the bottom line – whether its at the top or actually the last word – is “Honeysuckle Summer” is quite brilliant.

So, now I’d best explain why, I suppose. That’s how this works, right?

Yet, actually, its brilliant for all the reasons I said, because it sounds like all those artists – plus a bit of Steve Earle, a pinch of one of the greatest modern ones in Jason Isbell and a living legend in John Fogarty – yet, it sounds like none of them.

“Grippin’ Onto Water”, the glorious opener (probably the greatest opening song there’ll be anywhere this year in truth) deals with troubled upbringings, consumerism, menial and meaningless jobs, and love, in the space of four brilliant minutes – and manages to include a guitar solo and some wonderful organ to boot.

The key to all this, though, is a line in it’s chorus. “Somewhere, we learn that life is suffering” muses Ellsworth, and for the next seven songs he explains why, essentially.

“Max And Geraldine” shuffles along like Springsteen doing a country song (think “Workin’ On The Highway”) but its tale of love against all the odds is both real and lovely at the same time: “Monday through Thursday I am sleeping in my car, but I spend my weekends in Geraldine’s arms” he sings, and you know what? That’s the light at the end of the tunnel.

“Blessed” – I assume given Ellsworth’s Mormon upbringing – is from the bitter heart. “Could someone else bless the US of A? God I was taught is a scapegoat for hate” is a mighty first line, as the power of the song comes from its words: “we bailed out the banks but the workers still struggle”.

“Laundromat” is built around a funky bass but the line about “I’ve been spending all my time wandering the pages of my past” will strike a chord with those of, lets say, a “certain disposition”, and fans of Dave Hause and Brian Fallon need to get here immediately, frankly.

The honkytonk piano of “White Cross On The Highway” bellies its words: “a decade on the road and I got nothing to show”, and yet, for all that, I’d wager that he wouldn’t have it any other way, and “Miami, AZ “ where the title comes from, has just a bit of the West Coast about it. Sounding a little lighter – even if it is just a veneer.

The album has plenty of different styles on it – but it never sounds more raw than on “Blood In The Halls” which is suitably angry about the school shootings in the US. “It’s American as baseball” spits CE, with obvious feeling.

All of which is at odds with the lovely, summery, warm folk feel of “Trouble”, as he observes sobriety by looking back to his troubled past “Just like a goddamn boot to the face, the morning is coming through my window.”

In many ways, that’s what “Honeysuckle Summer” does. It deals with personal struggles in the most incongruous way. It’s difficult to find fresh slants on the human condition, but Charles Ellsworth does, and that’s why this is one of the albums of the year so far.

Previous article
COUNT THE BUMS
Next article
BAND OF THE DAY: MYTHIC SUNSHIP