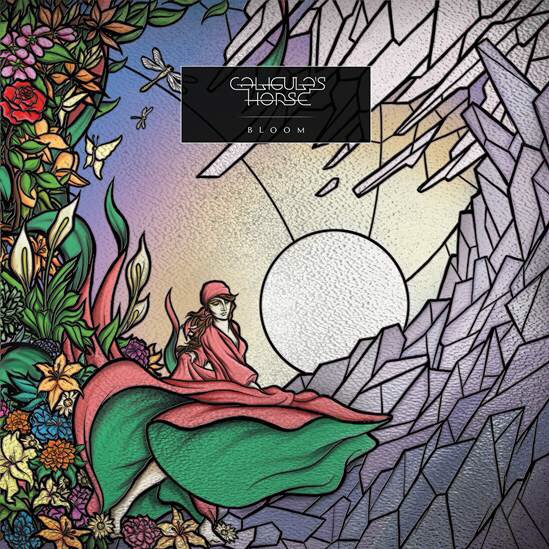 It used to be that the third album was the album.

That album that took the band from hometown heroes to world megastars. Springsteen’s “Born To Run” and Bon Jovi’s “Slippery When Wet” (a seminal moment for MV in 1986, deal with it,) the third record was the all important one.

Maybe those days have gone, lost in the world where music is no longer a collective experience but an insular one, but maybe not, and maybe this record can buck the trend.

Because it takes about 1 minute 59 seconds to realise this record means business. “Bloom” – the song – has been pretty good up to that point and all, it’s shimmered along like a rather pleasant walk on a summers day by the river, and – let’s be honest – it’s been a little bit Pink Floyd, then it becomes an absolutely thumping and deadly serious heavy track.

It’s a classy opening, and it opens a very classy record indeed. “Marigold” which rather like “Love Lies Bleeding” on Elton John’s “Goodbye Yellow Brick Road” does to “Funeral For A Friend” follows seamlessly. It stays just the right side of grandiose and proves that when Caligula’s Horse want to thump they can do it brilliantly and when they want to do quiet they aren’t found wanting there either. When you couple that with the superb guitar work of Sam Vallen, it becomes very special indeed.

Prog metal, yes, but the edges of that genre are blurred anyway, and you certainly wouldn’t say CH were doing the same sort of thing as Dream Theater or Spock’s Beard, say although “Firelight” has echoes of particularly the latter, and more importantly is the type of song that could send these boys into the mainstream, as it restrains itself and still manages to take the listener on a most agreeable journey.

Such is the uniform quality of work here that it is almost unfair to pick a high-point. Almost but not quite. Because it’s so obvious that “Dragonfly” is magnificent that it simply has to take the honours, as singer Jim Grey tries out an incredibly impressive range, and over the course of its nine minutes it’s almost possible to imagine you are listening to Jeff Buckley front Tesseract and if that looks odd on a page, on a record it sounds almost perfect.

A record that’s more than prepared to confound expectations, “Rust” is all clenched teeth and anger, while “Turntail” adds a funkiness that isn’t seen elsewhere here.

The wonderful juxtaposition that Caligula’s Horse offer is nowhere better shown than the last two tracks. “Daughter Of The Mountains” begins like it wants to be the heaviest cut in the collection, then decides that it’d rather do haunting and bewildering instead, it’s disorientating discordance is ambitious in the extreme. And then we end where we began, with a totally stripped back piece of acoustic filled plaintiveness “Undergrowth.” It’s a chance to breathe, it’s a chance to reflect on just how good this was.

“Bloom” is the first release from Caligula’s Horse new association with the Inside/Out label, home to many of Prog’s most innovative bands. Such is the quality on show here, it’s tempting to believe that the genre might have just found its new stars.