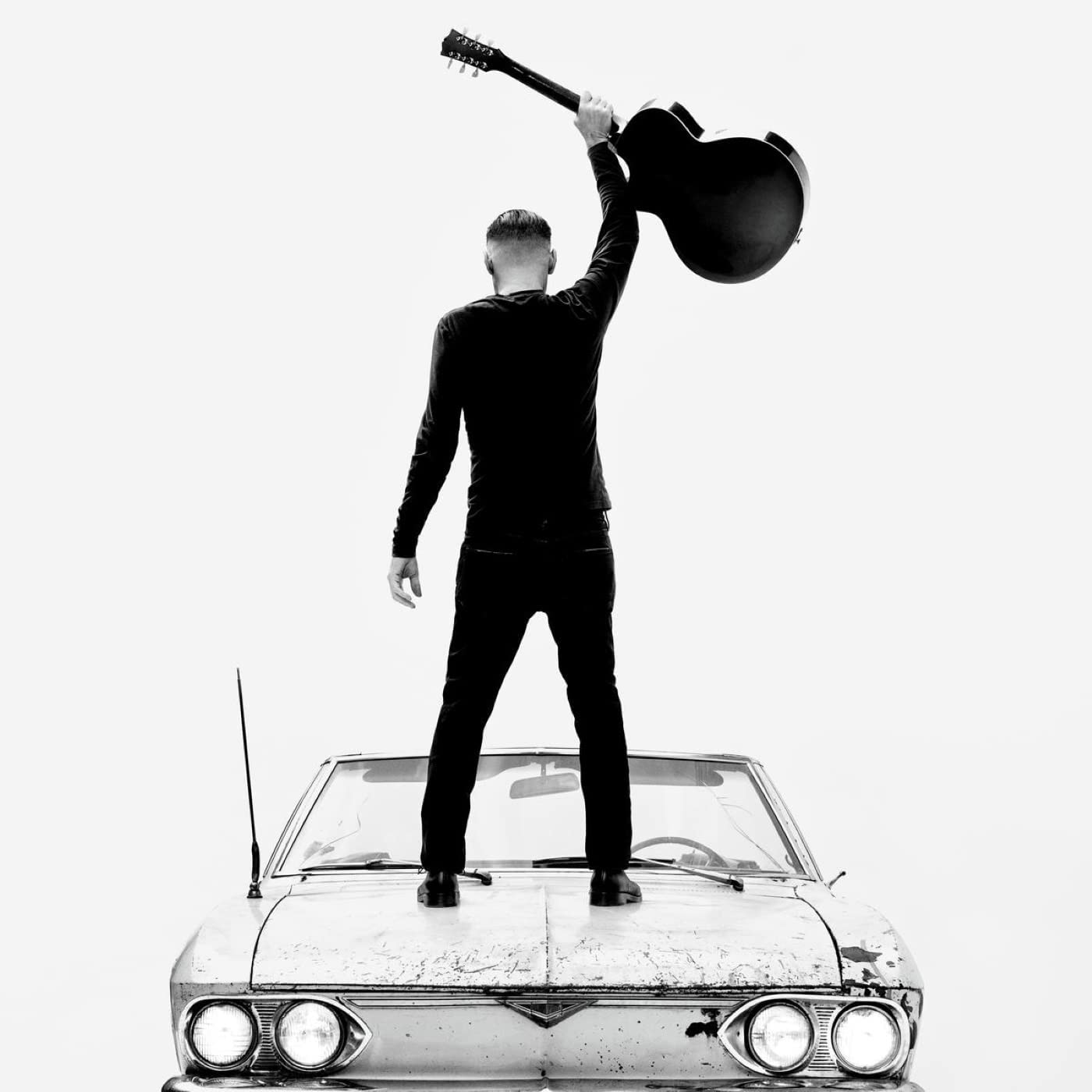 “Smothering the cover of a ’69 summer

Played through a speaker of fuzz

The TV just told me he was”

Butch Walker and The Radicals, “Summer Of 89”

If you can’t play a lick, just play anything

Raise hell and clap your hands

Spread the word, bring your friends

The whole wide world is joining in

If you love some kick-ass rockin’ music

Bryan Adams – see also Nickelback, who this website will defend to the end – is a name that has the “cool kids” sniggering down their sleeves. When his crime is this: he makes a shit load of songs people like, and doesn’t give a monkeys about anything else.

On the opening title track (if I call this a mid paced radio rocker, can we just save time and assume they all are unless I tell you otherwise) he’s got a “Stupid grin on my face” and he rips a guitar solo out from nowhere, on what is a vaguely “blue collar” Springsteen circa “The Rising” tune.

That’s the vibe here. It’s got no time for bad stuff. “Never Gonna Rain” has him “laughing like he never had a care” and there’s a big ballad called “You Lift Me Up” that is surely designed for slow dances everywhere.

That one sounds a bit like one of those country ballads that all the Nashville megastars have and that’s the feel too on “I’ve Been Looking For You” and in common with all of the songs here, its one that once its wormed its way into your conscience the sodding thing ain’t going anywhere (you can decide whether that’s a good or bad thing in your own time).

Like every one else of my age, I bought “Reckless” in 1984, (you can bullshit if you like but it sold 12 million copies) and “Always Have, Always Will” comes straight from that era. Lets be honest, it sounds like “Heaven”, “On The Road” on the other hand, just sounds like a modern pop song and it suits him.

“Kick Ass” is much better than its godawful title. It even sounds like AC/DC and if this doesn’t start the live shows then he’s doing it wrong. Basically the premise is that man has made bad music long enough and Bryan Adams is here to save us. Marvellous. The song rules.

There are some absolute belters here too. “I Ain’t Worth Shit Without You” could be a Thunder song, and if the truly terrible “Lets Do This” is very much the type of thing that people think is all he does, then Adams knows his market, lets just say that and the words here…..good lord. It “rhymes ‘sexiest’ with ‘ simply the best’ at one point. We’ll move on, shall we?

“Just Like Me, Just Like You” is back to the country tinges, and “Just About Gone” is pure timeless goodness, and even the last one “These Are The Moments That Make My Life”, back to the ballads is good. Why? Because it avoids the cliches for one, and for another, it is so calm, so serene, that frankly, it is just lovely. And there’s a place for that.

One of the words I hate most in the lexicon of modernity is “Tastemaker” (see also “Influencer”). I don’t need some smug prick sneering at me for anything I like. I am guessing Bryan Adams is the same, otherwise “So Happy It Hurts” doesn’t get made. This is what happens when people make music people like. Simple as that. Easy listening? Well, you know what I mean. It’s never changing lives, but its fun.