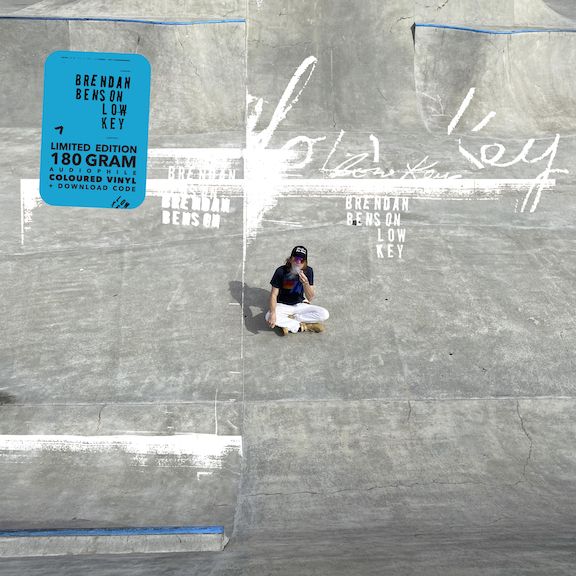 Back in 2020, in the spring, we were all in our houses. It scarcely seems believable now, but it was horrible.

In the space of about two weeks, I went from going to 100+ gigs a year, working every day, going to every match my team played, to ….nothing.]I am not alone in not coping well.

That was exactly the time that Brendan Benson stuck out his first solo album for seven years (and his best for far longer) “Dear Life”. The vast array of stuff on it made it special. Now he’s back with “Low Key” and, broadly, it’s a lockdown record. But only in as much as Benson has chosen to document his feelings, and write some stuff he wouldn’t have had it not been for the pandemic.

That much is evident from the start. “Ain’t No Good” lives in its own head. It’s self-absorbed, in the way that anyone that suffers with their own head might understand. “Oh no, look what I’ve become. A lonely man who chased off everyone.” He sings at the end and whether he’s telling himself, reminding himself, warning himself or something else isn’t clear. It’s a fabulous song, though.

It’s also complete with a drum machine beat, and some screeching lead. That isn’t typical of the album (but then, is there a typical Brendan Benson record? Is there a typical Brendan Benson sound? I am not sure. What am I certain of, though, is that “I Missed The Plane” comes from the same warm, welcoming place that you might find Crowded House, and the piano is lovely.

Let’s be honest here, Brendan Benson has always loved a “relationship” song. That’s why we loved him so much in the early days, there was always some girl we were convinced was “the one”. Now you’re old and bitter and know “the one” doesn’t exist, Brendan has got us covered again. “People Grow Apart” is a proper rock n roller, one of the best here, and thoroughly bitter. Like it should be.

Benson is five years or so older than your humble scribe, but the brilliant laid back “Whole Lotta Nothin’” drenched in harmonies and horns is easy enough to relate too if only for the line “I had plans but I couldn’t go through with it”.

I saw Squeeze the other week, and am now fully converted to the majesty of the band. A few weeks I wouldn’t have heard the power chords and the melody of “Whatever’s On My Mind” and drawn the comparisons, but its hard not to.

That all being said, he’s is own man is BB, and although this clocks in at only around half an hour it covers an incredible amount of ground. The stark lyrics about self-destruction are at odds with the gentle music of “All In”. There’s a stoicism here too, and the fact that he’s going to battle on is all over this. “Something A Little Like Home” finds a dance groove, but its one that is absolutely in keeping with the melting pot, the journey that he always takes you on.

This one even includes a cover. “Right Down The Line” originally done by Gerry Rafferty, is filled with soul and laid back guitar work. Picked for him by a friend, its superb and the right choice.

It’s not that “Low Key” picks up where “Dear Life” left off, the two albums don’t sound the same (although they do have the same mark of class), its more that these eight songs underline just what a talent Brendan Benson is.