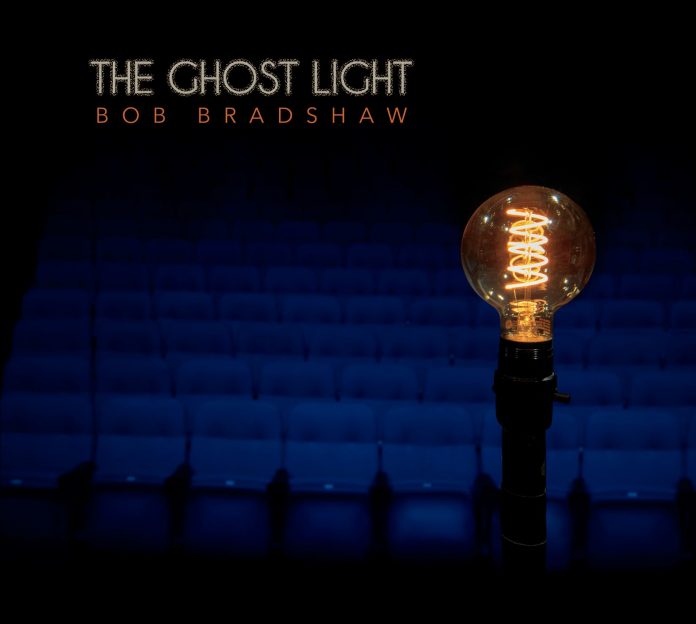 I like to think I can write, a bit.

But for me, writing is about finding something personal to say about these records. I’ve often used them as a diary, something of a cathartic experience, I guess that’s how I view music. By extension, these songs that I write about every night mean something to me on a personal level – as in, that’s how I connect.

Back in 2017 I reviewed an album by Bob Bradshaw. “It is fitting that an album that begins in a seedy bar ends on the battlefield, because all human life and beyond is here on a diverse and fine record. As much as these are Bradshaw’s own “American Echoes” from his time over the pond, they have resonance for everyone, wherever they may be, I’d said of “American Echoes”.

Arguably that’s less true of “The Ghost Light” – or possibly not, depending on how you view it – but it feels as though this is less an album and more an anthology of short stories.

Never mind the music for a sec (it’s incredibly diverse, and we’ll get to it) but It’s almost as if this record is made up of different scenarios from across Bradshaw’s travels and travails (he started as a journalist in his native Ireland before enrolling in the Berklee School of music at 45 via a spell as Liza Minelli’s doorman), than anything plucked from reality.

The opening swirl of “Songs On The Radio” contains the key: “I was taken on the airwaves” he offers, “to another time, another place”  – and that’s when you get it. This is what he wanted to do to you, to us.

More diverse than the last one I reviewed (there was a concept album in 2019 that I didn’t do) “….Light” is more of a journey. “Dreams” floats by and a name I keep coming back to is Stephen Fearing, as there’s so many similarities in style.

The band he has alongside, is his core one. Some top draw musicians and they always seem to find the right tone for the vignette. “Gone” is a real highlight, the raucous honky tonk feel of the track is matched by the glorious thought from the fella in the diner: “the waitress reaches for a knife, she kinda looks like my ex-wife, before the ham and eggs arrive, I gotta get out of here alive.” True? Lies, who cares.

There’s a wistful kind of longing about “Blue” and a sense of deep regret about “Come Back Baby” and its more soulful, even psych cousin – the following song – “She’s Gone For Good” and its perhaps tempting to think that this might be the same woman.

“21st Century Blues” does a more southern rock thing. Think Dan Baird, maybe. “There’s no break in the breaking news,” just about sums the last 12 months up, whilst the more jazz flavours of “Sideways” is so quirky it could be Warren Zeavon.

“Light Of The Moon” is another wonderful story and it needs saying that the guitar work is mighty here, while there’s an epic, dark brooding, not to mention a proper rock throb to “In The Dark”, before “Niagara Barrel Ride Blues” tells the tale of someone plunges down the waterfall to the deep, why? We are never quite sure. What I do know is that the tone of the song is worthy of the late, great Chris Whitley.

The album takes its name from a custom in the theatre, where the ghost light is a single bulb that’s left burning to appease the spirits of the absent performers whenever the hall goes dark. Now, its not too much of a stretch to suggest the album is the same thing. It appeases the need in Bradshaw to perform and create – and there’s a real sense of adventure and wonderment here.