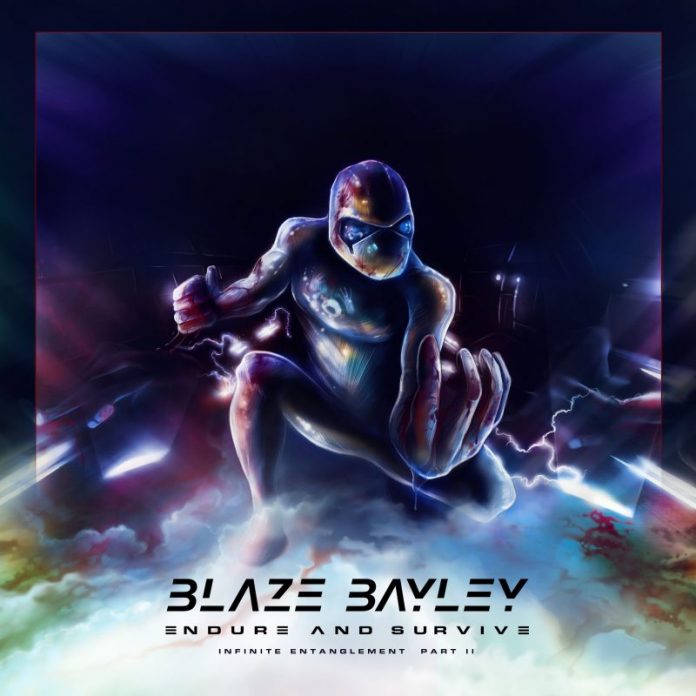 Sometimes you can read too much into things, give things greater importance than they perhaps deserve. Nevertheless, the title of this album appears to have so much more resonance than it just being the name of the ninth Blaze Bayley solo record. Rather the second in the “Infinite Entanglement” trilogy comes with a moniker, surely, that reflects the career – the life perhaps – of Bayley.

Such high highs and such low lows, and yet, here he is, still here, still relevant – and still making brilliant heavy metal records.

This one, appreciably darker than its predecessor, sees Bayley working with UK metal heroes Absolva. They are the backing band, their main man Chris Appleton is co-Producer and part of the writing team too. And so good are Absolva in their own right and so energised is Bayley here, that this was never going to be anything other than a triumph.

Whilst his solo records have frequently been incredible (“Silicon Messiah” and “The Man Who Would Not Die” particular high points) there have been times when things have been a touch lacklustre. Not here, in fact throughout “Endure And Survive” Blaze is, well, on fire.

It is clear he is bang at it from the opener title track. This is Blaze Bayley doing what Blaze Bayley does, and when it he does it this well no one can touch him. British Heavy Metal in the classic mould with a massive chorus and that trademark delivery, it follows the story of William Black throughout the sci-fi themed tracks.

Clever as the back story is, though, it is worth pointing out that if you just want to headbang your way through this then there is plenty here to enthral.

“Escape Velocity” is reminiscent of his work in Iron Maiden, “Blood” is a genuinely scary and violent departure into and is unlike anything you might expect from him as it pulses and throbs and has a kind of unhinged power metal feel, while the epic sounding “Eating Lies” is lighter highlight.

This is an ambitious record, and it fulfils those ambitions admirably. “Destroyer” is riddled with regret, “Dawn Of The Dead Son” is a real gallop of a thing, albeit one that starts off with a choral interlude and “Remember” shows the other side of this material, as it is acoustic and stripped down  and comes complete with some superb accordion flourishes.

Equally adept at being viscerally entertaining, “Fight Back” does so with a clenched fist, and there’s a real swaggering confidence here. Nowhere is this better shown than “The World Is Turning The Wrong Way.”

Things end with “Together We Can Move The Sun” the longest song here by some distance it trawls through the ideas here and ties up all the loose ends – doing so as a real slow building thriller, but crucially providing the cliff-hanger for part three too.

An album that has clearly been planned to the last note and which was, evidently a labour of love for all concerned with it. It is an absolutely superb example of what heavy metal can still be. And shows exactly why one of the genres great survivors continues to endure.