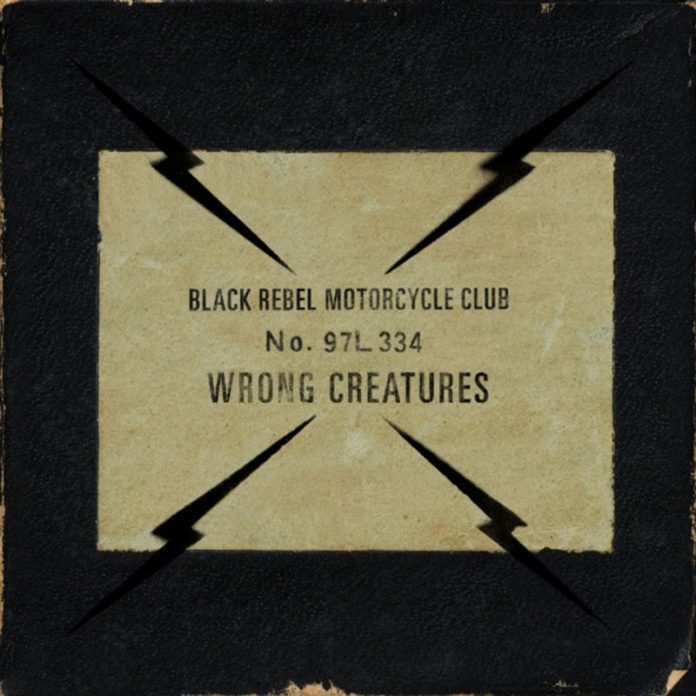 Album of the year on the 11th January? I don’t care, says Damian

Black Rebel Motorcycle Club have  been crafting perfectly honed, bluesy, psychedelic garage-rock since 1998. Formed in California and named after Marlon Brando`s motorcycle gang in the 1953 film The Wild One.

They release their 7th studio album `Wrong Creatures`, a follow up to 2013 `Specter At The Feast.` The album was recorded in Los Angeles and takes a journey throughout rock’s history, taking unlikely twists and turns, both peppered with historic influences but also having one foot firmly in the present.   Their focus still firmly set on returning to edge of the stage, never resting on their laurels and bringing people further into their live experience.

Black Rebel Motorcycle Club have learned how to cut out all the noise and concentrate on what matters.  Robert Levon Been – the bands singer and bassist –  puts it like this: “We are truly an island – come hell or high water, so it’s usually best to dress accordingly. Though I’m not sure what the proper attire is when drowning in fire. But leather usually goes with everything.”

The album opens with the haunting “D.F.F.” a slightly unnerving introduction with some enticing drum beats, swirling sounds and eerie humming that becomes almost a hypnotic chant. Almost a religious experience. This leads you into a false sense of security as “Spook” takes us back to what BRMC do best and that is offer up some of the best garage meets psyche rock around. A superbly catchy tune that will have you stamping your feet, tapping your fingers and nodding you head along to this entrancing beat. “King of Bones” is a throwaway song and I can imagine the boys swaggering around as they spit out the lyrics to this churning, almost aloof, offering. It`s still extremely beguiling despite this.

I really loved the next offering “Haunt” a moody, atmospheric laid-back enthralling piece that David Lynch should be building another mystery drama series around. Listen and love it. “Echo” is a very melodic intense song with some nice dreamy guitar licks. The sort of powerful, anthemic low fi, post punk song, I’m sure that Ian McCulloch and his Bunnymen or maybe the Mary Chain wish they`d written. Really engrossing.  Next up is “Ninth Configuration” which starts as another dreamy, harmonious opus but does have some really cutting guitar licks throughout and a slightly harder edge as the song progresses. “Question of Faith” is a real grower, the sort of song that passes you by on first listen but then a couple of times in and it`s in your subconscious and you`re humming a tune that you have no idea as to what it is or where you heard it, scary.

“Calling Them All Away” is slightly different and maybe an expansion of ideas that the band have gathered over the last five years since their last release. A little hard to pin down but still a compelling listen nevertheless. “Little Thing Gone Wild” is a cracker and I couldn`t stop playing it. It`s a cracking slice of unadulterated Rock N Roll. The vocals are quite remote almost as if they are being sung through a megaphone. The song really bounces along with a catchy melodies and off kilter guitar licks. Truly wonderful. I found “Circus Bazooko” really threw me at first. I wasn`t sure what to make of it and it`s heartening to find the band are offering up something you wouldn`t expect. It`s a strange, captivating tune that I felt that The Doors would be releasing if they were still around in 2018.

The penultimate tune “Carried From The Start” is again a little nod to the sixties with the vocals layered over a wonderful swirling organ, abstract guitar chords and some riveting drum snatches.

“All Rise” closes out the album and opens with a thumped piano, quietly shared vocals before building up along the way to an almost choral piece, the vocals became very emotive and heart wrenching as it progressed. A very poignant piece to end on.

I absolutely loved this album and it was great to reacquaint myself with a band that I loved and have been very much under the radar recently. This is an album you must acquire.

Is it too early to say I’ve heard my album of the year in the second week of January?? I think not.