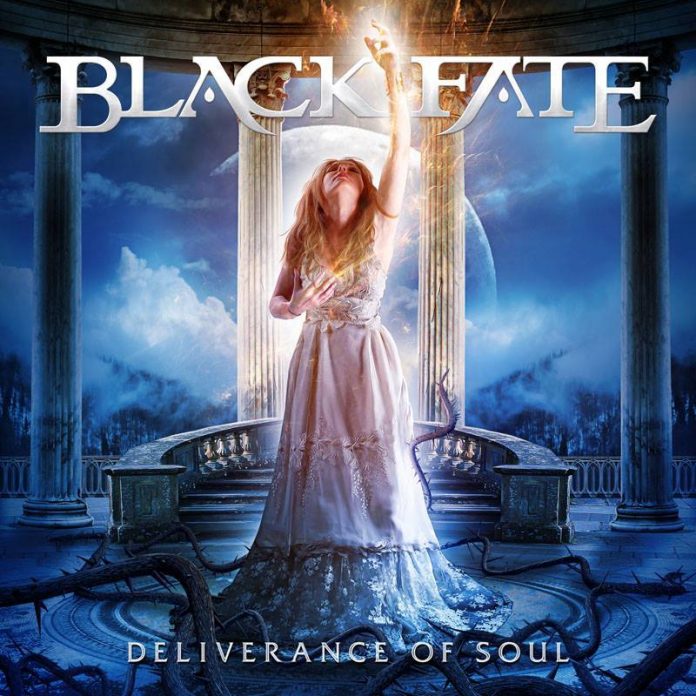 April 23, 2016
Reading time: 1 min.
Facebook
Twitter
Pinterest
WhatsApp
Linkedin
Email
Print
Telegram
Copy URL
By John Reeves
John runs the rule over the re-issue from these power metallers
Originally released in 2009, Deliverance of Soul by Greek melodic metal outfit Black Fate has been remastered and also includes new artwork by Jan Yrlund.
It would be easy (and somewhat lazy) to compare this album with the likes of Kamelot and Pagan’s Mind – even the new artwork has a touch of Nightwish to it, which itself is eye catching and visionary.
Of the 11 tracks on offer here, there are few disappointments (if any). Each track is played and sung with great emphasis and an intensity that leaves you wanting more by the end.
Rain of Paradise at the centrepiece of the album is a notable highlight. The album is a mix of melodic power ballads (If The Silence Was Grey, Wicked) and heavier symphonic metal (Angry Silent Scream, Thorn In My Hand). The overall production could have used a little more attention, particularly with the intro track Children of Aniramas, and how it leads into second track Dying Freedom – it generally sounds a bit messy.
Aside from that, there’s a lot to enjoy about Black Fate’s music – the final track Fallen, a medium paced rock song finishing the album off quite neatly with a short acapella piece at the end.
Rating 8/10
Previous article
Featured Band: Cadence Noir
Next article
Scatter Gun