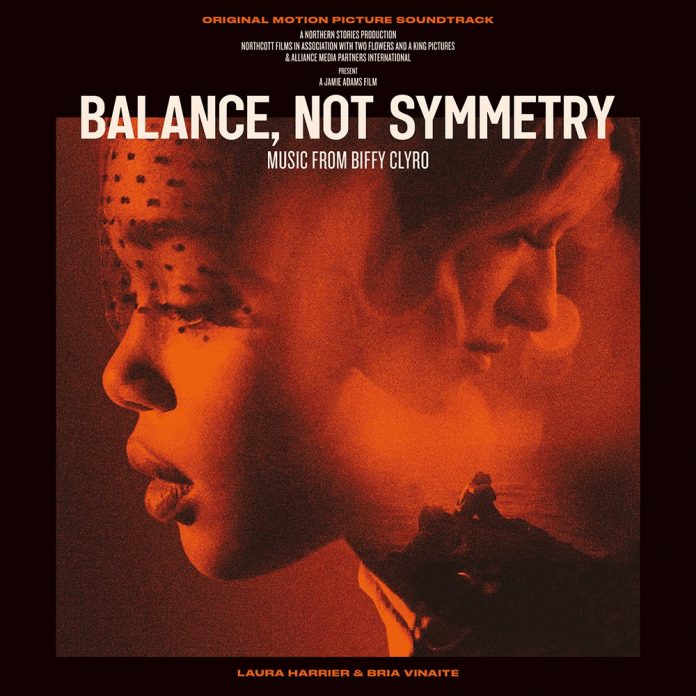 Here’s your semi-regular reminder of how you get to be an arena act. There’s no other way. It goes like this.

A mate of mine at work took his missus to see Take That the other day. Of course we took the piss, we’re expected to take the piss. Monday morning at work it’s “how was Take That?” “yeah alright. Tell you the one I knew, though. Rick Astley was on too, he sang that “Never Gonna Give You Up”. Cue everyone who was in the office laughing at him….then crucially, every one of us that was there at that point goes: “never gonna let you down, never gonna run around and hurrrrtttt you.”

Now, I might have no great interest in Take That (“Back For Good” was a bit of a banger, in fairness) and I might have even less in Rick Astley, but here’s the thing: you know their songs. Whether you like them or not, you know them. They make music that connects. That’s all you can do as an artist, but there are certain bands that connect on a massive scale.

Biffy Clyro are bona fide stars. Arena rockers. Stadiums too, and I read something about “Balance Not Symmetry” that sniped at them for not being “Art-rockers” anymore and having big old arena shakers.

I’ve watched them play in those enormodomes, they’re rather good at it. They play a set that is choc-full of brilliant songs. But they – a little like other mavericks – aren’t interested in “the rules” despite what sniffy critics say. They did acoustic shows in “intimate venues” last year (ok, the Symphony Hall in Birmingham is hardly the Dog And Duck) and now there’s this.

“This” to be specific is the soundtrack to a film that frontman Simon Neal co-wrote and which isn’t out yet (thankfully this saves me the bother of actually watching a film, which I view in the same way as watching Muse – that is to say, its alright if you like “that sort of thing….”) and if you think “well, that sounds a bit arty,” then it probably is. And brilliantly so.

See, you can sell out without “selling out”, as it were. This isn’t safe, this isn’t the sound of a band with no ideas. The first line of the title track tells you that much: “I don’t wanna be defeated, I just wanna fuck” spits Neal, and before the first 90 seconds is done, we’re into a chorus that is one that headlines festivals.

It comes naturally. “All Singing, All Dancing” is a song that is made for Drivetime on the big radio stations, but it doesn’t sound forced. It’s just the work of men that have a mastery of the craft.

For all their great songs, I was drawn to Biffy at first, about 15 years ago because I liked the way you could tell where they were from. Simple as that. You still can tell the Scottish brogue too, on the fabulous “Different Kind Of Love” and “Sunrise” is the type of tight, angular thing that fellow oddballs Therapy? might have done. It’s heavy as hell, and there is no quarter asked or given, and the synth burst has a touch of Yes about it.

There is an electro pulse about a lot of these, and “Colour Wheel” exemplifies this, although it sounds huge, there is nothing stripped back or scared of its shadow here. “Gates Of Heaven” pulls off the trick of being both light, airy and dark, while if the others have merely hinted at being Prog, then “Fever Dream” dispenses with the pretence, and just goes for it. Pain Of Salvation fans need to apply here. “Where the fuck is God” is a powerful line, and its one that sticks with you.

“Tunnels And Trees” sounds like it is being played on a Casio keyboard, but within its lyrics there is perhaps the key to this constant reinvention. “Tonight, we might as well,” offers Neal, “pretend we’re somebody else, to find some happiness…. there’s no other option left,” and maybe they’ve just got to keep experimenting?

“Plead” in that context, is a sea of confusion, with white noise coming in from nowhere almost, while “Naturals” – with its plea that “I hope I’m not alone” – is closer, perhaps to the “newer” sound of Biffy Clyro, while “Touch” with its fuzzy bass, almost dares you to second guess them and the lovely harmonies on “Jasabiab” rather hide the fact its first line is: “all is a mixture of shit and gold”.

“Following Master” ushers itself in like some lilting piano from a swanky jazz bar, then it absolutely crushes, just for wilful fun it seems,  and if the record ends with something understated, with “Adored” then it concludes something that is truly superb.

“Balance Not Symmetry” is the work of a band that has no real interest in what anyone else is or isn’t doing. And, really, it doesn’t sound like anyone else. Not even Biffy Clyro at times.

Arena rock isn’t supposed to be like this – but its brilliant when it is. Let me know if the film is as good, would you?

Previous article
BAND OF THE DAY: SUN SPOT
Next article
ALL DON