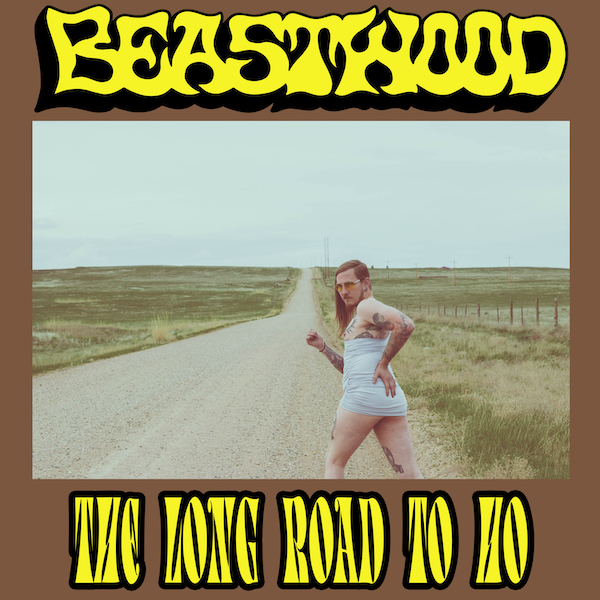 This will get a slew of shit promos sent to MV, I know that but….there’s pretty much no easier way to get to me listen to your stuff than put “has echoes of Clutch” somewhere in your band bio.

See, to your balding, beardy, uncool chap in his mid 40s (not me you understand), Neil Fallon is our God. So when Beastwood’s EP arrived with those words, well….you know.

Now, I do get that Maryland’s finest have written the odd strange in lyric in their time: “Before I could complete it, I was quickly overtaken/By the angry spirits of Ronald and Nancy Reagan”, has always been a favourite of mine, as it happens. However, well I am not sure that even Clutch have ever tried to incorporate the words to The Golden Girls theme tune in a metal song.

Beastwood, on the other hand, well Beastwood have “Girls Of Gold” and I was driving to work listening to this, and its wittering on about “thank you for being a friend,” and all the rest, and it clicked.

That is to say, this is raw, nasty, greasy, and finger lickin’ good. “Denim Venom” grooves like it wants to do freaky stuff, and it doesn’t even matter that no one knows what its about, rather it’s about feeling.

“Degenerated” begins with some fool asking the band “what are you hip to?” there’s a bit of waffle and then the words “we don’t like attaching ourselves to labels.” Before someone rips a bass groove out of their back pocket, plays the two filthiest guitar solos you’ve ever heard and utters the immortal line: “Johnny don’t care about the world, as long as he can do his girl” – and plays one of the songs of the year.

It’s brilliant, but look, if they move in next door, put your house up for sale.

Previous article
SAVAGE SKIDS
Next article
BAND OF THE DAY: CANCEL THE TRANSMISSION