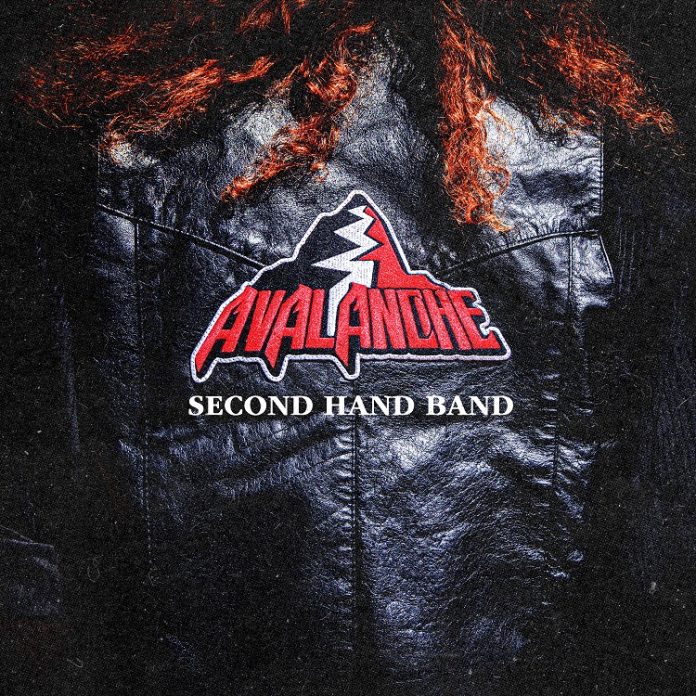 You have to love a band that writes your review for you – that’s effectively what Avalanche have done.

“And yet,” sings Steven Campbell on the title track, “I am proud to wear it on my sleeve, we’re a second-hand band”.

And this inspiration, where does it come from? Easy. There is a load of different sorts of bands that I’ve reviewed over the years from Australia, punk bands, prog bands, hybrid bands, but let’s be honest here, shall we? If I say “The Aussie sound” then we all know what is implied. Denim, leather, beered up boogie, think AC/DC, think Rose Tattoo, Airbourne, The Lazys if you want, but whatever springs to mind for you, then you best believe it springs to mind for Avalanche too.

“Killer Instinct” is a decent signpost for the record, a groove that screams good times (and not just the Jimmy Barnes tune, I mean literally) and a working class air, which is coupled with the fact Veronica Campbell can seemingly pull a lead from who knows where at a given moment.

Take “….Band” for example. Turbo charged and filthy, like a Chuck was singing Johnny B.Bad and the fact you’ve heard it all before shouldn’t detract from the fact that this is ace.

And its fun, as you’d expect anything with the title “Get Back (To Fuckwit City)” to be, Don’t take it too seriously – the band aren’t for damn sure.

“Spit In My Mouth” isn’t even close to being arsed not to sound like Angus and the lads, but you can imagine it whipping up a storm and there’s a kind of punk, Devil may care edge too, and Ryan Roma beats his drums like they owe him money.

“Down In The Gutter” (and somehow being ensconced in a penthouse wouldn’t suit this) carries on like it wants a scrap down a dark alley  – although in fairness, it would probably settle for anything it could find down there – and “Permanent Ink” is just as happy to rouse the rabble one last time, and you imagine it was tattooed with a beer in its hand and “Highway to Hell” on the stereo.

This is nothing but fun. That’s it. This is the band that went to school with the patches on their denim jackets, just like we did, but unlike us had the skill – and the will – to emulate their heroes. Avalanche is four people playing the music they love. And doing it superbly.