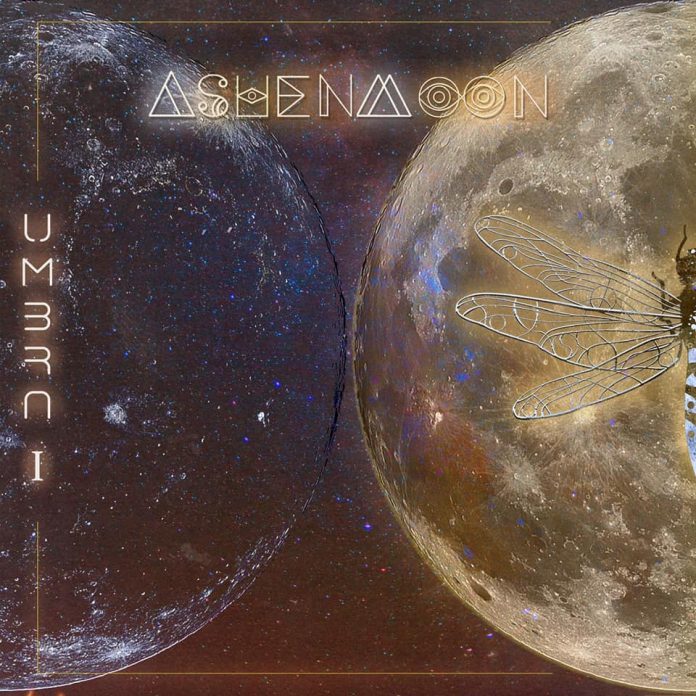 AshenMoon are a LA rock band made up of Toby Rand (vocals), Jimmy Khoury (guitar), Garry Beers (bass) and Sebastian Gregory (drums). Their sound is a fusion of ’70s, new wave and modern rock n roll. Their debut album “Tide Is Changing” is due out at the end of the year but they have a single “Without Faith” within a seven track EP “Ultra 1” released this month.

`Dust Bowl` bounces along and is a really catchy foot tapping, head nodding slice of melodic rock which has a brief guitar interlude just over halfway through. The message is for individuals to trust in their path and journey into their inner self to separate from an unbalanced climate. if we don’t look after the planet, our cities will become dustbowls.

The band felt `Mosquito` was a reminder to live in the moment and inspire to be inspired. It`s an interesting offering which begins with a big drum sound and hand claps before taking a more rousing rock outing which seems to climax in a real cacophony of sound. There`s a more mid paced anthemic impassioned outing with `Future Kings & Queens` which had me in mind of Robert Plant`s Big Log at times.

`Without Faith` is a slow burn that builds as it progresses with guitar and vocals rising to lead through this meandering rocky trip. There`s quite a hypnotic feel about `You Broke Yourself Again` where Toby`s vocals really excel alongside some quite interesting wah wah guitar riffs.

A very reflective piece with some cracking guitar shredding towards the end.

The last two tracks are acoustic come stripped back versions of `Dustbowl` and `Mosquito` which were an interesting contrast to the fuller versions earlier on, although the latter seemed to benefit more from this reworking.

AshenMoon are a mix of arena rock interwoven with progressive interludes and luscious melodies. In Toby Rand they have a quality vocalist, but these guys are also excellent musicians that can really deliver. Garry Beers was a key part of INXS for over thirty years and the band have stated that the don`t won`t to sound like his former band but as admirable as that is, there are definite nods, especially in at least three of the tracks here. These guys have all the DNA to make a big noise and I’ll certainly be keeping an eye out to see how they progress.