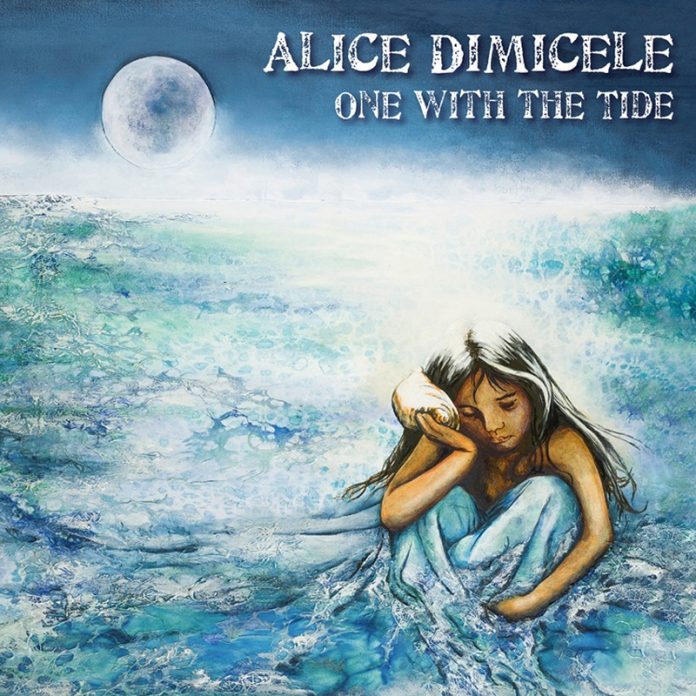 Alice, what’s the matter (*Terrorvision references nothing to do with review)

There is always something pleasing about an artist who backs up their beliefs with actual, genuine and palpable action.

Whether it is Billy Bragg giving up his £1m advance for “Waking Up The Neighbourhood”, bands like Thunder and The Virginmary’s collecting for the homeless at gigs, or Canadian rock band Monster Truck raising money for the Sea Shepherd charity at a concert MV was at last year, you look at it and think, “fair play to you.”

Alice DiMicele has been doing that all her life, never mind her career – there is a page on her website dedicated to her activism – but pertinent to this nine-track collection is her involvement with organisations concerned with environmental affairs.

The title track is dedicated to a friend and fellow activist that died recently. Taking its title from the last words Alice said to him, it is filled with emotion. It works on many levels however, given that its superb organ is prevalent throughout, together with some gorgeous mandolin. It is, though, DiMicele’s wonderful vocals that steal the show. Not just here, but throughout.

On the bluesy “Desire” she finds a deep, rich seam that elevates the song, giving it a real vibrancy, and her evident gift for finding some interesting instrumentation is never better shown on the incredible stand out of “The Other Side” during which she manages to sound fragile and the most confident woman you can imagine – sometimes both at once.

A record that mixes the personal with the current in a way that Steve Earle, say can manage. “Lonely Alone” a heart-wrenching country strum, about being dealing with alcoholism in a relationship, is one of the former (sample line: “I never understood, the need for escape. Why have you got to go so far away, when there’s love in this place and so much joy to embrace?”) She follows this with “Waiting”, which is a real left turn. Funky, but with some superb Steel Drums, it has a real air of innocence and could have come straight off a Paul Simon record.

There are some real highlights elsewhere too. “Nature Reigns” for example, not only seems to sum up the whole ethos here, but also the musicianship is perfect. “Seeds” is one for those who realise that the grass ain’t always greener, but the quite brilliant “Voice Of The Water” – which mixes a folky intent with a real message. The title comes from the teachings of the elder of the Takelma tribe (the traditional people from where she lives in Southern Oregon) and DiMicele describes the song as “a call to action in solidarity with water protectors everywhere”, there is little doubt of the passion in its lyrics either.

In the 1980’s she eschewed the chance to be on a major record label, in favour of doing her own thing. 14 albums later she absolutely made the right decision. It is a measure of Alice DiMicele that the last song here is “Imagine” and she still manages to own it. She is not just the voice of the water – but a magnificent voice for everyone.