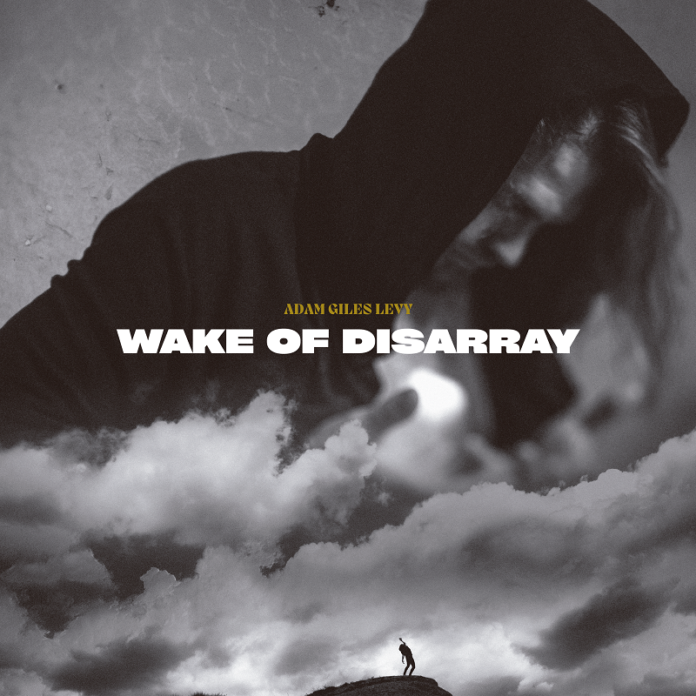 Adam Giles Levy  is a roots-rock singer-songwriter from Frimley Green, Surrey whose debut album ` Wake Of Disarray` is released this month on Birmingham based independent label, Hillside Global.

The album opens with `Wild Earth` with a grinding guitar riff and pounding drums that lay a base for what seems like a warning or threat of imminent danger. The vocal delivery had a delightfully tortured feel during this powerful offering where the lyrics could be interpreted in a number of ways. There`s a real vulnerability to `Legendary` a gentle dreamy track with some quietly shared guitar chords, a constant drum beat and some orchestrated strings in the latter section. The vocal harmonies work really well and gave this number a quite ethereal ambience.

`The Fall` is a darkly introspective tale with some intricately picked guitar chords which gains potency and volume as it evolves. A story of somebody who has suffered the tragedy of losing their child and the acceptance or coming to terms with the situation or maybe not. There`s a bluesy slow burn to `Love Not Rage` which has what sounds like a resonating guitar guiding us along this number that has a captivating underlying edge to it.

`Devil In Me` is a deeply contemplative piece with some shimmering guitar chords shared throughout and a softly performed drumbeat which allows the singer`s varied vocal full reign. At times there`s almost a painful conflicted yearning in the vocal delivery. An evocative cello or viola towards the end adds further poignancy. There`s a real dreamlike quality about `Strangers` which has what appears to be a Spanish guitar underpinning this illusory love song.

`All I Hold Dear `is a fairly delicate and graceful reflective number that veers off into what I believe is Spanish part way through although I stand to be corrected. We have a bit of a curved ball with `Raven`s Eyes` which takes a number of paths on its journey. It has a kind of forceful electronic synth like intro before transforming into a stripped back nigh on haunting a capella narration before closing with a folky spiritual instrumental rumination with possibly the sound of a didgeridoo and a heartbeat as it fades.

`White Noise` didn`t really gel with me but has some appealing guitar structures . I felt the number may have been better without the additional vocals that tended to almost overpower it. The album closes out with title track `Wake Of Disarray` which is a deeply pensive number with the right balance of instrumental backing that allows the singer`s vocals to shimmer and shine.

There is so much to enjoy on `Wake Of Disarray` and Adam Giles Levy has a captivating wide-ranging vocal range which is demonstrated on some well written numbers that display a differing genre of musical styles. It`s hard to believe that this is this singer`s debut album.

Adam Giles Levy is an artist that i`m sure we`ll be hearing much more about.