Remember, Remember, The Metal Of Novembre 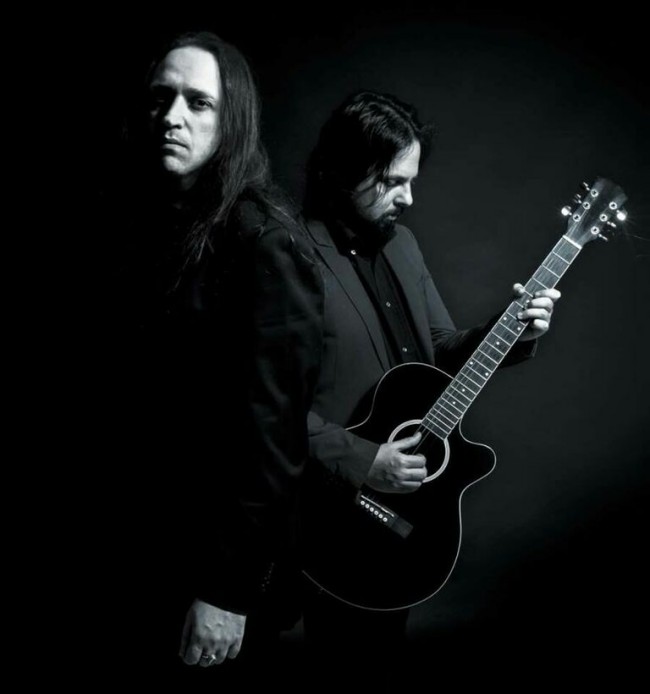 Rejuvenated Italian’s are back

Novembre, Italy’s newly rejuvenated masters of atmospheric metal are about to commence work on a new studio album, to be released on Peaceville Records in late 2015. The as yet untitled album will be their first since 2007’s acclaimed ‘The Blue’, and will be mixed by the legendary Dan Swano at Unisound Studios.

With a large number of tracks written over the past 8 years in the classic & beloved Novembre style of emotional and soaring metal, ten songs have been selected for recording for the release.

Says guitarist/vocalist Carmelo Orlando:
“Seems like our ‘little’ break lasted a tiny bit too long, but as I’ve often stated when asked, our comeback was just a matter of time. What matters now is that a new album is about to be recorded. Once again we’ll join forces with Dan Swano, the man that gave shape to our first two albums, and to the whole Death Metal scene. It’s gonna be the result of a long and relaxed period of time, in which I could write a ton of new tracks, ten of which will go into this new act, to be released through our prestigious and faithful ally Peaceville Records. I wanna thank all the fans and friends that have constantly written to me during these years, giving me the energy and motivation to make this happen”

It can also be announced that the band’s longtime drummer & co-founder Giuseppe Orlando has left the band.

“It’s with great sadness that I have to announce that I’m not part of Novembre anymore. This long period of silence was really needed to understand who we are and I’ve personally realized that this is the right thing to do for the band’s good and mine. I really would like to thank Carmelo and Massimiliano & a big thanks goes also to all the people that followed and supported me and Novembre during the years!! This is not the end but a new season of life, stay tuned!!!”

The seeds of Novembre were originally planted in September 1990 in Rome, Italy by the brothers Carmelo Orlando (guitars and vocals) and Giuseppe Orlando (drums). Then known as Catacomb, their early recordings of unusual gothic doom metal were to quickly gain the band interest. It was around 1993 that the brothers decided that a name change was in order, and Novembre was born.