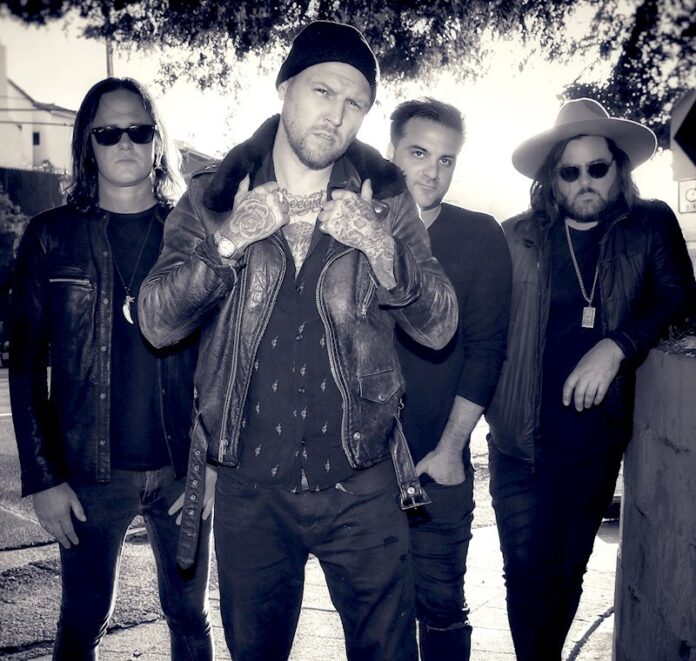 Check out the video: https://www.youtube.com/watch?v=C7V0stKwci8

Rock outfit REDLIGHT KING have shared a music video for their new single “Heavy Heart.” Watch it streaming below! Taken off their fourth album In Our Blood, due out on March 3, 2023 via AFM Records ( Pre-Order HERE! ),

“Heavy Heart” is a ballad depicting the somber aftermath of a relationship and finding the will to move forward. The song is now available to stream/download across all streaming platforms at this link: https://bfan.link/heavy-heart-3.

“This song is very personal to me,” shares REDLIGHT KING founder and frontman Kaz. “It reflects on a loving relationship that ended in heartbreak. The person in my life wasn’t able to communicate their true feelings and I’m not sure I was in a place to receive the message. It feels lonely because it is. There’s pain in losing someone you love and no amount of intuition or clarity can make it better, but writing this song helped me find closure and say what I needed to say in their absence.”

Discussing the “Heavy Heart” video, he says: “For me the video translates the solitude and cold nature of bearing a broken heart, and somehow in this sadness there is beauty. I feel the ability to love someone triumphs over losing them.” The video was taken in and around Yosemite National Park, Northern California by Strati Hovartos.”

In Our Blood sees REDLIGHT KING notch soaring new highs with a clutch of revved-up, guitar-powered bangers that bring forth challenging, complex themes with a defiant undercurrent of hope. The album was written and produced by KAZ at his home studio The Wheelhouse in Los Angeles with longtime collaborator and guitarist Julian Tomarin and drummer Randy Cooke. Its  debut single and title track “In Our Blood” premiered on Loudwire who described it as “a song that truly speaks to the human spirit.”

REDLIGHT KING have developed a worldwide fanbase since their formation in 2009, performing over 1,000 shows with some of the biggest names in rock and being seen at festivals in North America, UK and Europe as well as late-night TV appearances on “Late Night with Conan O’Brien” and “The Tonight Show with Jay Leno. Stay tuned for additional dates to be announced for 2023.

Previous article
REVIEW : POPULAR CREEPS – ALL OF THIS WILL END IN TEARS (2022)
Next article
YES YOU SHELL